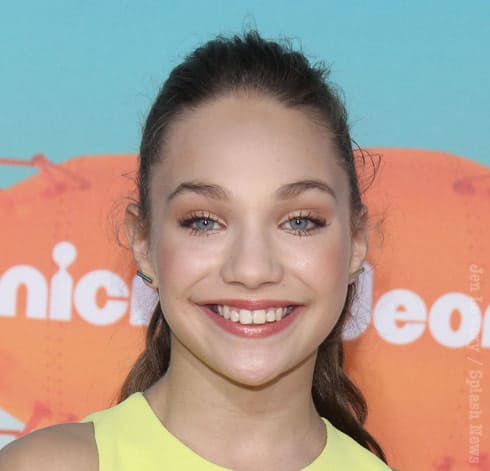 Maddie Ziegler, the breakout star of Lifetime’s Dance Moms, has confirmed she will be leaving the show to become a judge on the kids’ version of So You Think You Can Dance.

When reporters caught up with the 13-year-old at the Kids Choice Awards, the teen, whose moves have been featured in Sia’s wildly popular music videos, said:

I am leaving, but it’ll be a good thing because we’re moving on to cool things. So You Think You Can Dance: The Next Generation is going to be so amazing. I’m looking forward to it because I feel like kids are so good these days.

She admitted there will be some pressure in her new role as a judge. “It’ll be amazing but also kind of nerve-racking because I’m the only kid and I have to be on my best game at all time,” she said.

Help me welcome the sweet @maddieziegler to #SYTYCD! Such a lovely addition to the show! https://t.co/OkslkP5CWz

As far as the judging goes, Ziegler knows how it feels to be on the other side, as she added, “I definitely have some knowledge now because I’ve been judged a lot. I think it will be really cool to be with Paula, Jason, and Nigel.”

Auditions have already begun for So You Think You Can Dance: The Next Generation. Via the show’s official site: “This season, dancers between the ages of 8-13, who are skilled in various dance styles, such as contemporary, tap, hip-hop, ballroom, animation or breaking, will be paired up with All-Stars to compete for the title of America’s Favorite Dancer.”