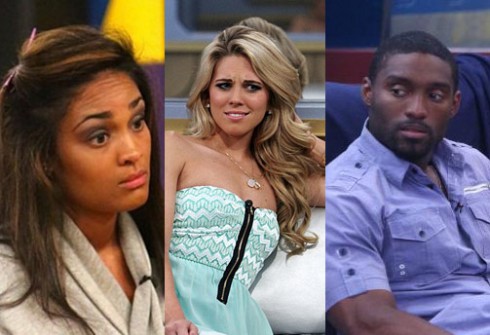 Big Brother house guest Aaryn Gries has been under fire for a litany of racist comments made while competing on Big Brother 15. After surviving a turn on the chopping block last week, the Texan managed to win Head of Household and through a series of deals, twists and turns her final nominations for eviction have been determined.

(Spoiler Alert) The two house guests that have been nominated for eviction by Aaryn just so happen to be the only black participants this year, Howard and Candice. No matter what the game play situations may have been, this isn’t going to reflect well on Aaryn’s racist reputation, something not lost on the 22-year-old.

Here’s how it broke down in regards to the latest bad storm that the PR firm her mom has already hired for her (this is how bad it has been folks) will have to deal with whenever Gries leaves the house:

While facing eviction last week, Aaryn made a deal with the powers of the house to nominate whoever they wanted if they would keep her safe. Helen (who has since apologized to Aaryn for insinuating she’s a racist even though she’s unaware of the rice comments that Gries made) informed Aaryn that the two her group wanted gone were Howard and Spencer. Although she showed some apprehension, discussing other possible targets, Aaryn decided she better keep her deal because her options in the house were limited. 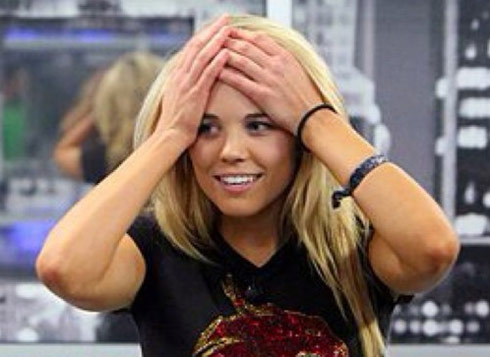 Gries followed through with the nomination of Howard and Spencer. America was given MVP power again because it was becoming apparent that Elissa (former winner Rachel Reilly’s sister) was going to win every week giving her an unfair advantage. “Merica’s” selection for eviction was Amanda, who’s been using her hypnotic bewbs powers on McCrae in one of the stranger showmances in BB history. So before the veto comp, the nominees were (via Aaryn) Howard, Spencer and (via America’s vote) Amanda.

The veto comp was held and Spencer pulled out the win. As soon as I found out that this happened I remembered thinking to myself, “Wouldn’t it be a crazy if Aaryn replaced Spencer with Candice!?” Not long after the live feeds came back and it was learned that Spencer was veto victorious, Aaryn was telling folks that she was, in fact, going to replace Spencer with Candice. She knows it looks bad because of her self-inflicted rep but went for it anyways. She’s aware viewers will see her nominations as racially motivated but explained that some of the perceptions she thinks people have about her are due to Candice twisting her words.

Now on to the obvious question… Do you think that Aaryn’s final two nominations for eviction — the only two black players in the house — is racially based, a result of strategic game play and happenstance or a combination of both?