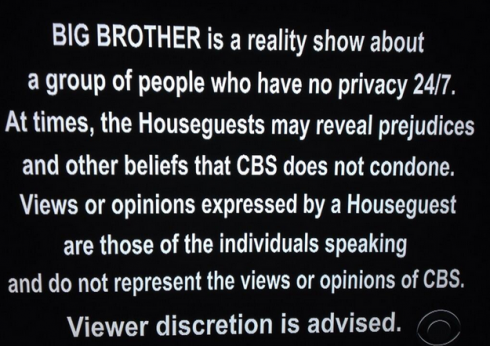 In the midst of what will surely be considered one of the most infamous Big Brother seasons, CBS made an underwhelming stance against the prejudiced comments of some house guests.

The new disclaimer, which read in part that CBS does not condone the prejudices of house guests, attracted a lot of attention from social media commentators who believe the disclaimer is the first of its kind for Big Brother. 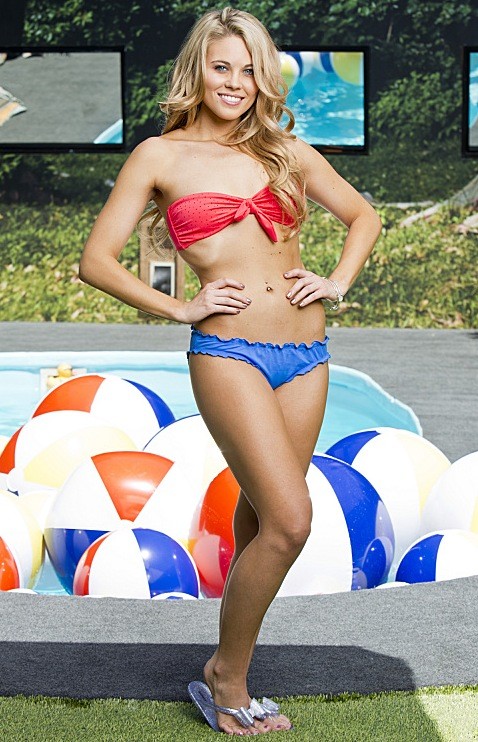 Indeed, Sunday night’s episode was worthy of the message: In one scene, student/model Aaryn Gries (seen above in her Big Brother promotional bikini photo) flipped the mattress of pediatric speech pathologist Candice Stewart. When Candice confronted her, Aaryn, who is white, started mocking Candice, who is African-American.

GinaMarie Zimmerman, who has already been fired from her job for racist comments made on the show, added another comment aimed at Candice, “You want the black to come out?”

While all of this was going on behind the doors of the Big Brother house, people on social media expressed their disgust with Aaryn and GinaMarie’s actions with many others reiterating CBS should take a stronger stance.

Always vocal, Kathy Griffin linked her opinion about Big Brother in with her frustration with the George Zimmerman ruling.

To the delight of many, Aaryn and Kaitlyn Branaby, one of her co-conspirators, were put on the chopping block. Their fates will be revealed during the next episode.

Tila Tequila after CBB eviction for praising Hitler: ‘I humbly ask for forgiveness’