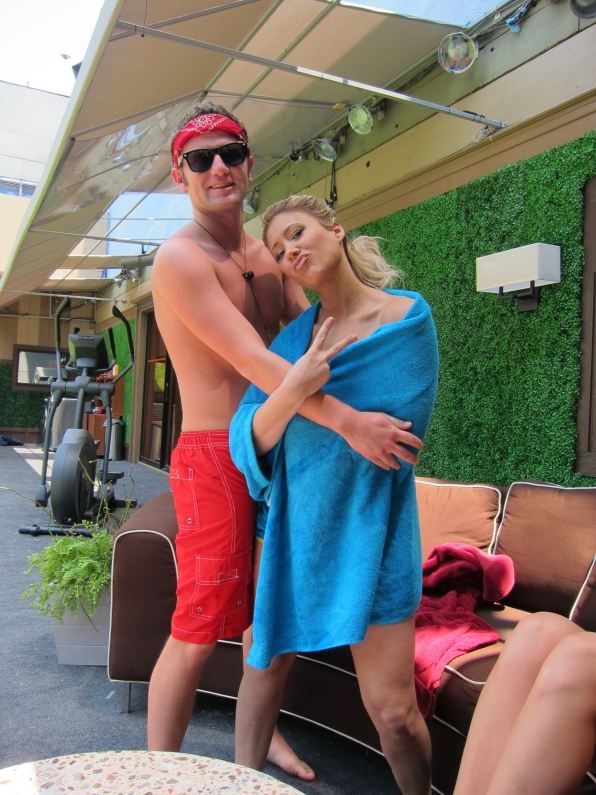 A firestorm has erupted inside the Big Brother house and it has nothing to do with alliances or showmances. Sadly, the headlines are coming from a litany of racist and homophobic statements made by the house guests and seen by fans and fan sites via the 24/7 live feed.

Andy Dehnart with Reality Blurred did a fantastic job of gathering the intel from various Big Brother fan sites and forums like Hamsterwatch and Jokers. Here’s the list he compiled of some of the horrible things said:

• GinaMarie said that, because of her income level, she receives “nig*er insurance” (she whispered the n-word, so it’s possible she said the version that ends with “a”). She whispered it to both Nick and Andy, neither of whom challenged her.
• GinaMarie said Helen, who’s Asian, “should be kissing our a*s and serving us some fu**ing rice.”
• Aaryn said of Andy, “No one’s gonna vote for whoever that qu*er puts up.” She also suggested he’d win MVP because “people love the qu*ers.”
• Aaryn said about Candice, who’s black, “be careful what you say in the dark; you might not be able to see that b*tch.”
• GinaMarie said Candice “gets that fu**in’ blackness,” referring to Candice’s reaction to something that happened in the game.
• Aaryn said of Helen, “Shut up. Go make some fu**ing rice.”
• Talking about sheets that smelled bad, David said they were that way because “black Candice” was on them, and then admitted, “that was totally racist.”
• Jeremy, who calls the house’s women “b*tches,” said of Kaitlin, “I did touch her vagina today.. she didn’t act like she was happy.. I like to feel around see what’s she’s working with.. see if it’s a nice m*at wallet … I know she’s on her period.”
• Spencer called Andy “Kermit the f*g”; Amanda called Andy “F*ggoty Ann” (McCrae later called her out for that language, but she defended it).
• Spencer said that the medical torture conducted by Nazi doctors was beneficial and praised Hitler’s speaking abilities, even while acknowledging that he’d be criticized for that.
• Kaitlin said she likes gay people but they’re “untrustworthy in a game like this.”
• McCrae said, “If I’m talking to a girl, that probably means I don’t want to f*ck her.”
• Spencer referred to women as “c*nts.”
• GinaMarie said, “you know two blacks stick together. They’re like tokens.” 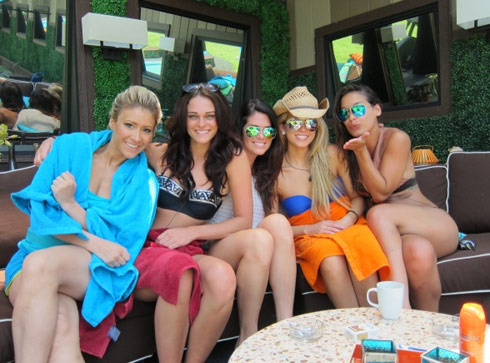 That is an undeniable onslaught of utter worthlessness coming out of the mouths of nearly half the cast. Once word got out, folks started wondering why all of this reality was kept out of the edited broadcast of the show aired on CBS. Denhart argued that it would make for compelling television to let all the viewers see what is REALLY happening when theses aforementioned strangers are put in a house together, put on camera 24/7 and asked to compete for huge sums of money. He’s, in fact, been stating this very position for quite a long time now.

Previous house guest Regan Fox, who is an open homosexual, wrote an open letter to the producers of the show in which he backed Denhart’s thoughts:

“What’s the point of casting racial, ethnic, and sexual minorities if production’s going to edit out the racism, ethnic discrimination, and homophobia that these people encounter inside the house?” and added, “If you really want to provide a groundbreaking twist, SHOW CBS VIEWERS HOW SOME STRAIGHT, WHITE PEOPLE talk about gays, Asian Americans, and African Americans.”

In a piece by Linda Holmes with NPR, she argues the same but is much more harsh on the show, denigrating the nature of it in the first place. She wrote:

“It’s a really dumb show, but it doesn’t have to be evil. Nobody assumes the show is endorsing the rest of these dopey people’s comments and behaviors and approaches to being a human being. It’s not necessary to snip out this stuff. And, in fact, it’s better not to.”

Here is CBS’ official response made to EW:

“’Big Brother’ is a reality show about watching a group of people who have no privacy 24/7 — and seeing every moment of their lives. At times, the House guests reveal prejudices and other beliefs that we do not condone. We certainly find the statements made by several of the House guests on the live Internet feed to be offensive. Any views or opinions expressed in personal commentary by a House guest appearing on ‘Big Brother,’ either on any live feed from the House or during the broadcast, are those of the individual(s) speaking and do not represent the views or opinions of CBS or the producers of the program.”

I’ve always enjoyed Big Brother and found it to be great getaway entertainment and an interesting look into the interactions of people and how circumstance, strategy and manipulation can be used in a group setting to attain goals (trying to win). 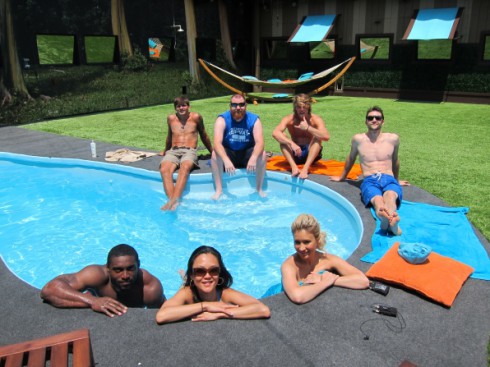 This leaves us with the question… Should Big Brother air major dirty laundry from the live feed, like these racist and homophobic comments, on the network broadcast? My answer to this would have to be yes. The main reasons I feel this way is that the nature of providing viewers with the live feed already opens the door to what gets said and done inside the house. Once you’ve allowed that to happen it’s out there anyways. Also, not addressing such a crucial part of what effects how the game is played and won sells viewers short.

I want to make it clear that I in no means agree with, or find just about any of what was said and listed above appropriate but it is real in the sense that these are who these people are. This is how they feel about certain things and certain groups of people.

It isn’t like Big Brother is alone in being a show that edits and pieces together what they feel is the best version of their reality show for broadcast. In fact, that’s the way it almost ALWAYS works. But again, when us average viewers can see it all via the live feeds and know better, then you might as well put it out there and deal with it. 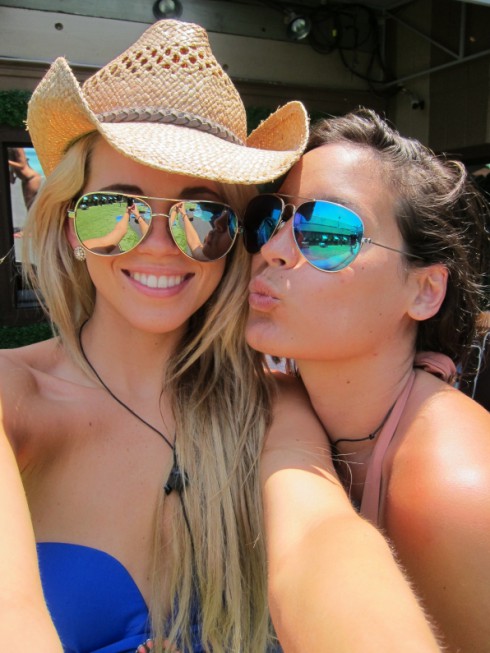 Interestingly enough, I think this year it’s more important than ever with the new America’s MVP twist. Since viewers have substantial influence based on voting who they believe to be playing the best game, then information like all the mind-boggling obnoxious and offensive things Aaryn has said, TMZ reports that her modeling agency has dropped her from their roster, might very well keep her from ever receiving that advantage.

I understand that CBS wants to keep their long-running hit clean so-to-speak, and that balancing out these terrible comments within the workings of a show that is primarily supposed to be about strategic fun would be a challenge. But it’s a challenge the network needs to meet, especially if they’re not vetting the contestants any better or at least giving them a little primer on what they feel is inappropriate conversation at any point during their time in the house.

If they did address and share the bigotry of some of the contestants, then Big Brother could not only be the fun summer reality show it’s been for years but it could also be a fascinating reflection on how racism and homophobia play a role in the world outside of the house every day.