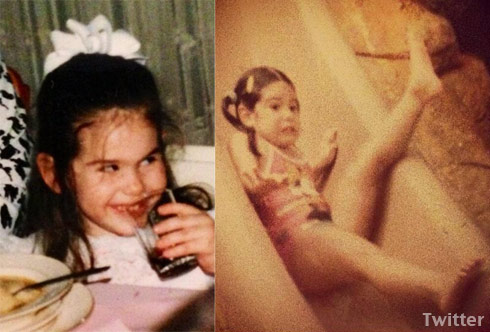 It must be strange to be the parent of one of the house guests of Big Brother. As a long-time fan of the show I’ve always wondered what moms and dads think as the show progresses and their kid’s life is broadcast 24/7. Well I don’t have to wonder any longer because Big Brother 15 cast member Amanda Zuckerman’s dad, Robert Zuckerman, is a Twitterholic and poppa Z is ALL about #TeamAmanda.

Robert’s Twitter account is a fascinating look into the world of a hamster-dad. He rolls with ebbs and flows, comments on what’s going on in the house, shares adorable pics like the ones above and happily answers a ton of questions about Amanda including her budding showmance with McCrae.

In case you’re wondering, Amanda’s dad is crushing just as hard on the pizza delivery dude (as long as he treats her right of course) as his daughter currently seems to be doing! Here are some of the pro McCranda tweets from Amanda’s old man:

#bb15 Mccraes future might come down to this vote. As Amanda’s dad I 100% know she is crazy about him. Mccrae do the right thing

I can tell you if McRae doesn’t protect Amanda he will have to deal with her father. 🙂 #bb15

All I can say if McRae doesn’t defend Amanda he won’t be coming to Florida 🙂 #BB15 — Robert zuckerman (@ZuckermanRobert) July 7, 2013

@the_icon #bb15 McRae is smart and very young, he will be successful in life. I think his pizza delivery days are over. I approve of him — Robert zuckerman (@ZuckermanRobert) July 10, 2013

@chloedoll_1 bb15 I can tell amanda really like McRae a lot . It’s real , no game. If he make her happy and is good to her, I’m happy. Yes

I like mccrae a lot . Makes my daughter happy☺

#bb15 I feel like calling the production contact to tell mccrae her mother and myself like him a lot. I feel badly he worries about that — Robert zuckerman (@ZuckermanRobert) July 14, 2013

Heck, Amanda’s pops is already ready for McCrae to move in!

#bb15 I hope mccrae and Amanda Ce live with us for awhile after the show, let him bond with my family

And of course there’s the omnipresent racist storyline that has dominated the headlines this summer. Amanda had her own derogatory moment when she called Andy, “Fa**oty Ann.” Robert defended the comment just like his daughter did when he wrote, “Andy was with her when she said that in fun, Amanda has been in theatre and went to amda Arts college .. She has many gay bf.” 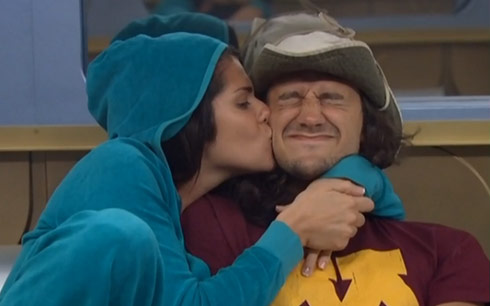 When Big Brother decided to address the issue by airing a montage of Aaryn’s racist remarks, it was Amanda who was the most vocal and confrontational in opposition. This was something her father predicted would happen when he wrote, “I will tell u that Amanda hates bigoted, racist, anti Semitic people.. Believe me she will let them know how she feels.”

When the episode aired Robert tweeted:

I’m proud of my daughter Amanda for speaking from her heart and telling America there is no room for hated . We are all created equal #bb15