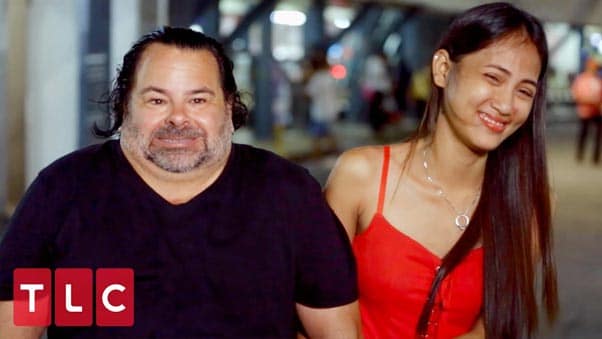 90 Day Fiance’s Big Ed may be in big trouble. The 54-year-old is being accused by a woman who goes by the names “Lordakeet” and “Lolosworld” on Tik Tok of sexually harassing her for 9 months. Lordakeet says she used to work with Big Ed, but can’t reveal much because of a non-disclosure agreement.

Lordakeet, who also regularly posts on Tik Tok about mental health issues, including eating disorders, made a string of Tik Toks about being sexually harassed and abused in the past. Some of the things she’s revealed on Tik Tok is that she wanted to speak up before, but she’s signed an NDA (non-disclosure agreement,) and she’s been through years of therapy because of what she’s gone through.

“The moment of finding out the man who sexually harassed me for 9 months has moved on to his next victim . . in front of all America,” she writes on one of her Tik Toks. Another one has text that reads: “When you realize that creepy man was grooming you for 9 month [sic].” 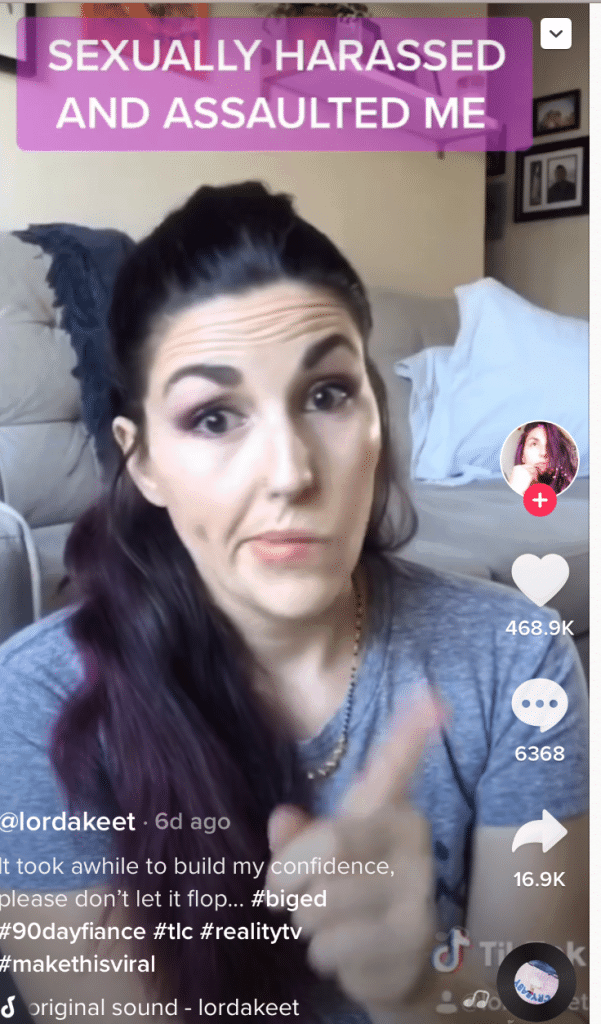 On April 17, she revealed that the man she’s been referencing in her Tik Tok videos was Ed Brown from 90 Day Fiance. The video is set to the song “Play Date” by Melanie Martinez. Lordakeet does not speak during the video but points to text popping up above her, which leads up to the reveal.

The text reads: “I would like to introduce you to the man who sexually harassed and assaulted me. I’m done standing down. Ladies and Gentlement, ‘Big Ed.” The video then transitions to a series of clips of Big Ed in comedic scenes from 90 Day Fiance.

At the time of this writing, this bombshell Tik Tok has 2.7 million views. The caption for the Tik Tok reads “It took a while to build my confidence, please don’t let it flop . . #biged #90dayfiance #tlc #realitytv #makethisviral.”

Lordakeet’s lastest Tik Tok is not set to music (except for “You Don’t Own Me” playing softly in the background) like most of her Tik Toks, and is a heartfelt thank you message about the reception she’s gotten from her big reveal.

“Hey guys I just want to reach out and personally thank you so much for all of your support. I honestly anticipated the worst to happen when I posted that video so having your support really means a lot. For obvious reasons I’m putting myself in a vulnerable spot, but when I did the pros and cons of this I realized that possibly saving someone from going through this traumatic event is worth it, hands down,” Lordakeet says.

“I know a lot of you are wondering how Ed and I know each other,” she continues. “And essentially we know each other from work. We used to work together. With that being said there are unfortunately some details that I can’t go into because of the Non-Disclosure Agreement. I hope you guys can be understanding of that, and patient because I’m sure that there’s going to be a lot of inquiries about this.”

“Again, I just want to reach out and say thank you,” she says. “You have no idea how much it means to people who have gone through a traumatic event like this to have support.”