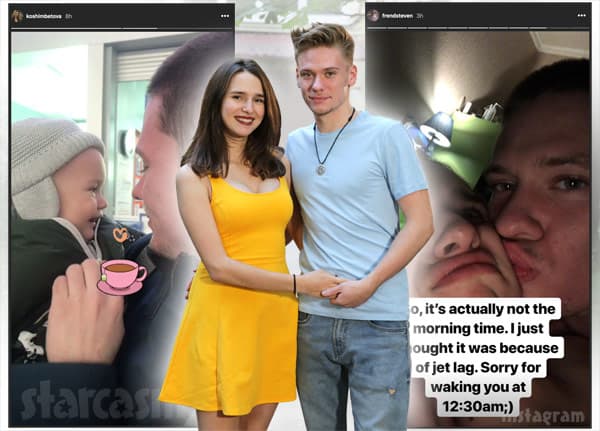 90 Day Fiance Season 6 is a bit cursed as far as relationship longevity goes, but Steven Frend and his Russian fiancée Olga have surprised a lot of fans by remaining together and by remaining on course for a happily ever after here in the United States!

Steven announced on Christmas Eve that Olga’s K-1 visa had been approved, and he flew back to Russia early this week to reunite with her and their son Richie as she prepares for her final interview. If that goes well, they should be able to leave for America together as a family.

“For all asking, I am going to Russia to be there with her during her interview,” Steven explained on Instagram before departing. “I have all of the correct paperwork they need for the interview. Then we come back to USA together!”

Steven flew out on on Monday, and shared a photo from the airport in his Instagram story along with the message: “Bye bye USA.”

He updated a couple of times during his lengthy flight. “After a 9 hour flight, I have 1 more to make,” he wrote along with an airport selfie. In another shot of himself during a layover, he wrote: “Honestly why can’t I live in Russia ?? I hope one day. The winter is bad but there [sic] food is so good since they don’t process nothing.”

Meanwhile, Olga put a smile on my face (and eventually Steven’s as well) as she revealed that she was playing a bit of a prank on him when he arrived: 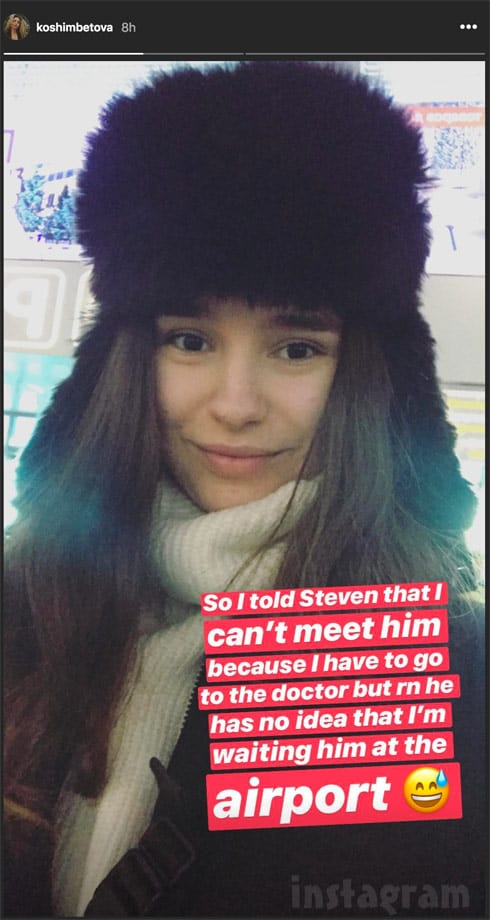 The cold Russian weather seemed to have little impact on Steven after he reunited with his family, as evidenced by these heart-warming photos with his nine-month-old son Richie after being separated for months: 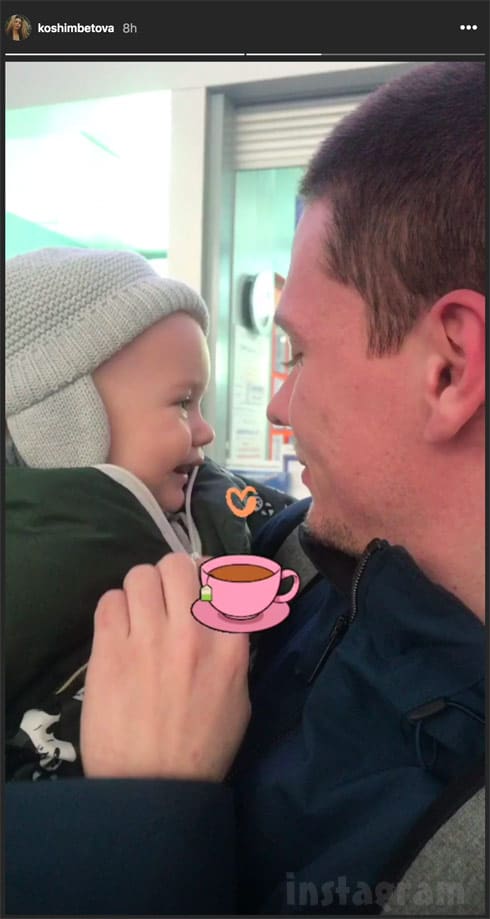 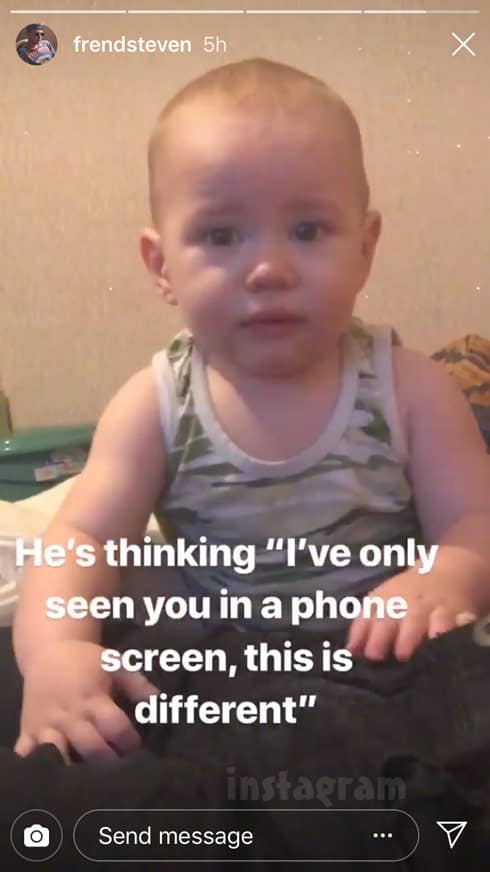 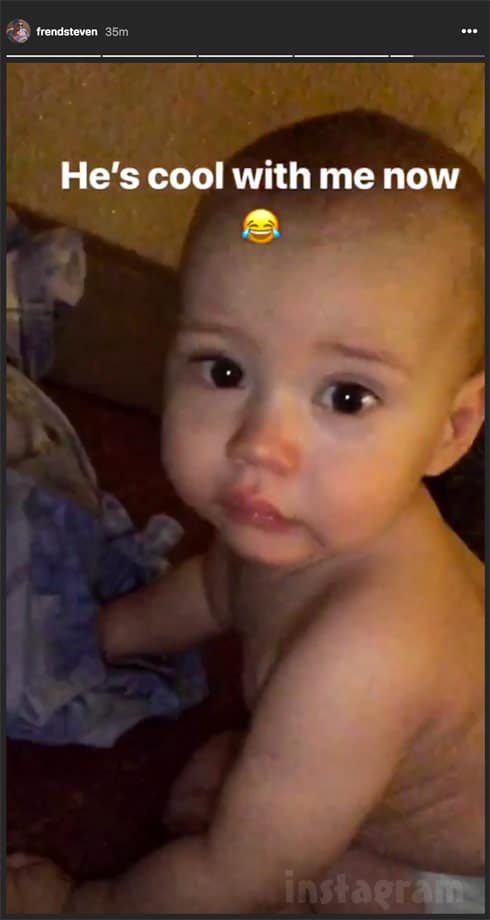 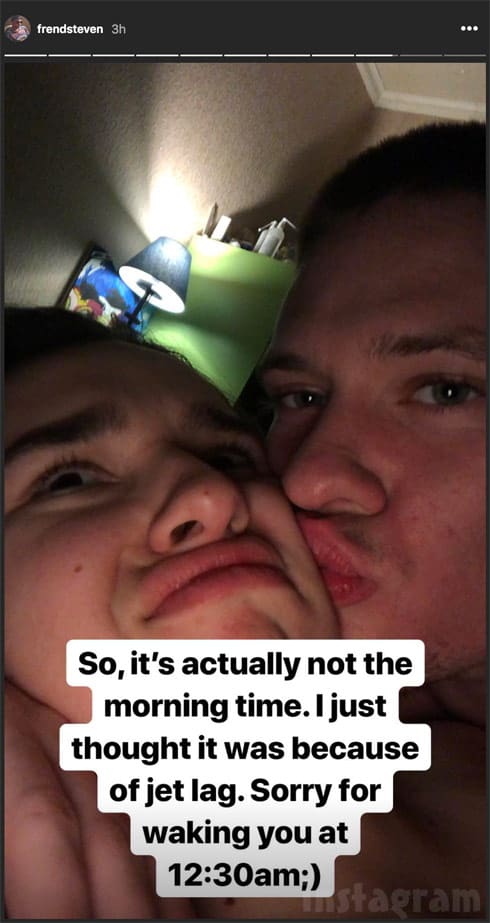 Steven hasn’t provided a specific date for Olga’s interview, or for when they plan to return if/when her interview goes well. I assume that it will be will be within the next few weeks though, so stay tuned!

If you’re keeping score at home, after Eric and Leida’s altercation over the weekend involving a knife, hair pulling, and police, it appears as though Steven and Olga now join Kalani and Asuelu as the only 90 Day Fiance Season 6 couples still happily together! Other casualties of the Season 6 curse include Jonathan and Fernanda, Ashley and Jay, and Colt and Larissa.

But let’s focus on the positive, shall we? Here are a couple songs that sort of fit the occasion as a tribute to Steven and Olga and their potential trip to America!