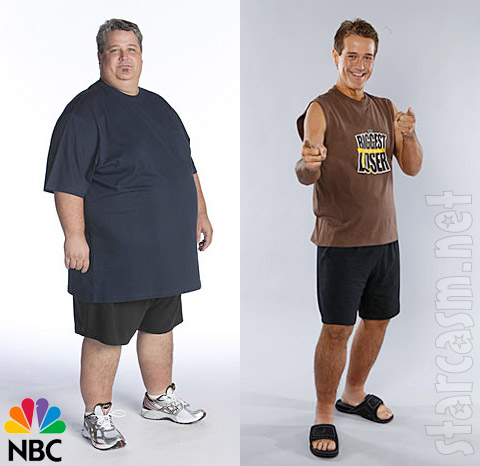 Danny Cahill looked unrecognizable when he stepped on The Biggest Loser stage Tuesday night, and it was obvious he was going to blow the other two finalists away. Danny began his journey at The Biggest Loser at 430lb., and last night he weighed only 191 lb. with a total weight loss of 239lb, the most ever lost during a Loser competition.

He’s a 40-year-old surveyor and musician from Broken Arrow, Oklahoma. Danny was suffering some marital problems with wife Darci when he started the show, and even admitted things were still breaking down despite his weight loss when Jillian visited to check up on him, but Danny and Darci’s marriage has since improved significantly.

They’ve been losing weight together with their daughter Mary Clare, (Darci’s lost 60lb, and Mary Clare’s lost 10lb) and plan to renew their wedding vows next year. Darci tells People: “When somebody gets to be that obese,” Darci said, “he turned into somebody I didn’t know, so part of this journey is getting to know each other again. It’s awesome. It’s like a new beginning.”

Visit NBC’s The Biggest Loser web site for more info and photos of Danny and all of this season’s contestants! 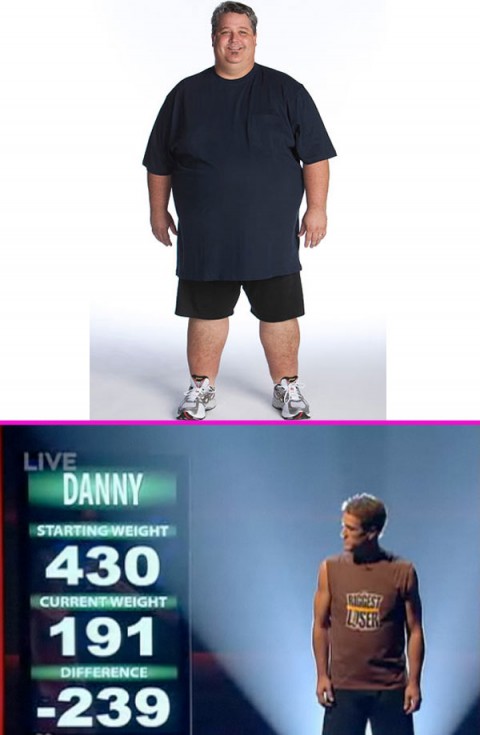