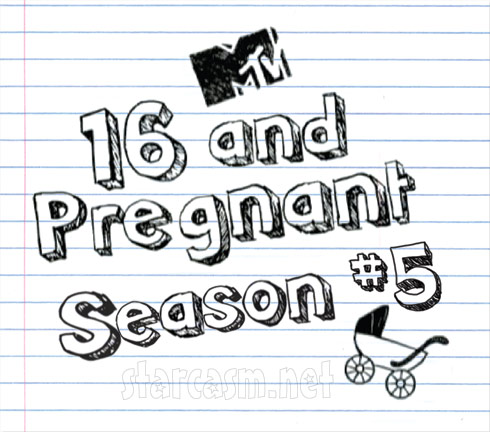 Just as we’re all finally dry-eyed after the emotional 16 and Pregnant Season 4 finale with Kristina Robinson, we have another heart-wrenching story from Season 5! 16-year-old Lorelei announced on Twitter that she will be featured on the popular MTV docu-series next season, and has been uncharacteristically very forthcoming with specific details surrounding her pregnancy and her plans to give her daughter Arianna up for adoption. 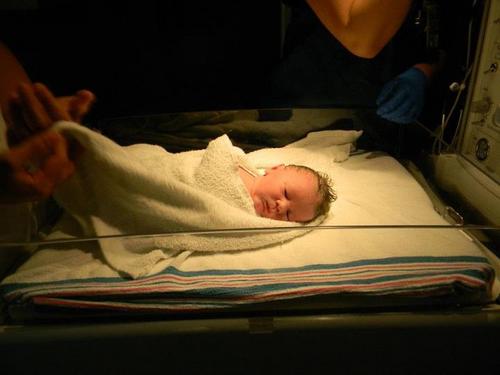 I’ll include a detailed Twitter timeline below with highlights from the last few months, including Lorelei’s interactions with Teen Mom star Catelynn Lowell, but before we get to that, I feel I should play the part of spoiler and jump right to present. Ariana was born on May 21 and Lorelei was quite emotional as Arianna left with her adoptive parents on May 24.

But, Lorelei’s story took an amazing turn on May 31 when Lorelei announced, “ari’s adoptive parents surprisingly called to tell me they’re taking her to the emergency room! )’;”

Then, on June 1, Lorelei made these tweets:

arianna has a heart rhythm disorder..her heart beats about 220 times every minute..she wouldn’t calm down for anyone but me..

i think im getting Ari back…her adoptive parents think it is best for her.

if i let anyone down i am nothing but sorry. this is a choice ari’s adoptive parents made on their own i had no clue.

i refuse to let arianna down. she needs me and wont calm down for anyone but me. i can’t walk away right now.

That’s right! She placed her daughter with adoptive parents, and then after a few days the adoptive parents decided that it would be best for Arianna if she returned to Lorelei! It sounds sort of similar to Ashley Salazar’s episode in which she had second thoughts and Callie returned to live with her for a while before Ashley decided she had been right in the first place and returned Callie to her adoptive parents.

And according to Lorelei, her episode will also be similar to Ashley’s in the fact that it will be the Season 5 finale! A fan tweeted her support of Lorelei with the words, “@LoreleiClarissa I can’t express how happy I am for u,ibet they will save ur show 4last since its gonna be emotional but have a happy ending” Lorelei responded by writing, “@MyMarineIsSexy thank you <3 they’re saving mine for last i know that already. it means a lot to know i have so much support”

Here is a timeline of edited Lorelei tweets that reveal about half of what you can expect to see in her episode. Please note that there is a PAGE 2 to this post with the rest of the Twitter timeline. You can click the link in the previous sentence or the one at the bottom of this page.

Looking through portfolios for open adoption.. I only have 2 months to go.. I’m so indecisive and I just want what’s best! )’;

Goodnight, meeting with my adoption lady tomorrow.. I can’t wait to give my little girl the life she deserves.

it’s 2:46AM 🙂 & I’m meeting with my adoption lady today a couple looking to adopt my daughter.. Sooo scared!

I’m so nervous, I’m shaking! My stomach is starting to hurt and I’m just so .. Scared, I guess

Meeting with my adoption counselor went well. The couple was so sweet.. But they have 4 german shepherd dogs that’s they neglected to put.. ..Into their portfolio. Immediately my decision is weighed. I can’t give Arianna to a family with 4 BIG dogs. The thought just scares me.. We’ll just have to keep looking..

@JENNnJUICE9 Absolutely, that’s why I can’t choose them. I don’t even think they were going to tell me, which makes me really upset.

my first adoption meeting with potential parents for Arianna didn’t go so well. They have 4 german shephards! How scary

I’m protective already and I still have 2 months to go! I thought they were nice but they didn’t even plan on telling me, And that makes me feel lied to. And I have to trust the couple 9162849462% to give my daughter to them

@pink_geek No! My adoption lady asked them about pets and then they told us..I was so upset. But Im starting to think I shouldn’t go through An agency. I don’t know. I’m 16 and very very lost.

I refuse to take medicine when I’m pregnant.. So my head is really killing me. Paranoid and protective for the win.

I wonder if its normal so feel a lot of pressure in my back and stomach. Never happened before…..Google is my best friend, I guess, right?

@Kenziee_Mariee We’re such good mom’s 🙂 well.. You are * I’ll be a good birth mommy to Arianna. I think my mom is going to take me to the Hospital for my stomach, but if not than I def. will

Contractions at 7 months… Can’t be a positive thing. #TooStressed. Please doctors. Find something to stop. I’ll wait for Ari to get here.

@ChelseaxO4 ari’s okay..now anyway. but it was one long night

hey guys..thanks for all the concern, love and support. ari is doing better. my heart rate sky rocketed as well as my blood sugar dropped & that is what was causing me to have contractions..it took my doctors all night to find a mixture of medicines that worked to make them stop turns out being pregnant caused me to have gestational diabetes and it was def. realized last night. as for my heart rate cardio was called and i’m getting a million tests done with that. i’ll let everyone know when i do but i just wanted to thank everyone from the bottom of my heart. and arianna is okay. there was a big amount of stress on her and she didn’t like it to well, but she’s okay. i’m resting, and hopefully i can go home sometime soon.

@Tm2LeahFans i’m doing so much better, i have a lot of my strength back again, thank you so much! and arianna is amazing now 🙂

@tishayardley a lot better, thank you. the doctors are still running tests and trying to figure out what’s going on with my heart but im stable and they’re allowing me to be discharged

@jandmmd0521 i’ve been in the hospital..and my boyfriend is making it extremely hard now. i don’t think he’s going to let me choose adoption

@Danie11eJCRS he has rights as the babies dad..if he doesn’t want me to do adoption, he can go to court and he’ll most likely win custody

@CodysAngel22 i am,(: awe, really? i’m having a girl (arianna) its not that i don’t want her..i just want to give her what i know i can’t. i want the best for her and i want her to have everything she could imagine. she deserves it and i can’t give that to her, its just me and my mom, and with my dad passed away, it’s hard to just stay above the water with us so adoption is what is best for her

@kaytaybaby754 i feel like one now..[Lorelei was called a wh0re by someone] she doesn’t know my story. i had sex once. it’s not like i slept around. i had sex for the first time with my boyfriend whom i’ve had for almost 2 years..and got pregnant. and i know that i’m dumb for not using protection and getting pregnant and i know i can’t provide for her the way i want to which is why i’m trying to give her a life where she can have everything she deserves! that girl who enjoys being a ignorant idiot, will never know that.

@ShelyceDessrye i want what’s best for ari..i’m 16, a teenager, and my mom and i struggle alot as it is without my dad.

[@LoreleiClarissa do you really want to give you baby up for adoption… Why did u even get pregnant to be on MTV??] @gocards26 first of all. watch it. second of all. i didn’t plan to get pregnant. it happened. and it wasn’t my idea to be on mtv. third – i am doing what best for my daughter by giving her the life that i know i can give to her. she deserves to have everything. i swear to god i hate people who say i’m a bad person for choosing adoption and that i got pregnant to be on tv. shut the F*** up.

i’m thinking someone should eat some makeup. that way she can try to be pretty on the inside. (:

@CatelynnLowell did you get a lot of hate for choosing adoption? because im getting a ton of it

my feeling right now is indescribable…. ***** upset, angry, annoyed, sad..too much. i should get off. bye.

im about to punch a wall. *

bruised my hand….i hit a wall. literally. i’ve never been so mad before in my entire life

@CWhittley it’s not that, it’s just stupid little girls that i go to school with. i swear they’re messing with the wrong person!

[From Catelynn Lowell] @LoreleiClarissa hun I am here for you. I’m going to DM you my number text me.

My phone is broken ): wifi connection works but my texting/calling/email..all that is broke….im sad. ..long day. #blah.

Im okay everyone im sorry ive been mia..ive just been so overwhelmed and stressed..

@catelynnlowell i havent gotten it for some reason? ..but i’ll dm you mine. Love you!