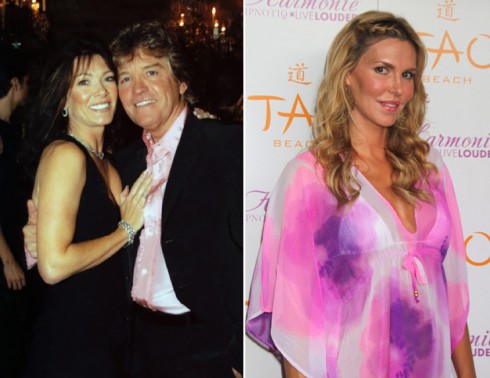 Brandi Glanville has only made two appearances so far on The Real Housewives of Beverly Hills but she’s already seriously stirring things up.

All of the Housewives keep a blog running via Bravo’s official site for the show and Brandi cut loose on hers following her introduction to the ladies on last week’s episode. Brandi had the following to say:

I really don’t think these ladies gave me a fair shake. I have been through an extremely hard couple of years that I wouldn’t wish on any woman! My family was broken apart and I was devastated while trying to raise my two little boys as my world crumbled around me. Knowing these women now, I’d like to think that if they had a little more background on my situation when we first met they would have been nicer.

If you’re not directly familiar with Brandi’s story she’s referring to her actor/ex-husband Eddie Cibrian divorcing her to be with and later marry singer LeAnn Rimes.

In the following video, posted by RumorFix, fellow Housewife Lisa Vanderpump reacted to a comment made by Brandi about her age. Let the meowing begin!

I loved how Lisa immediately corrected the guy, “Working in Beverly Hills not shopping.” All of this is pretty par for the course and good for RHOBH ratings but Brandi took it next-level-catty by accusing Lisa and her husband Ken Todd of wanting to have a three-way with her. Twitter-bomb alert!

Boom! Brandi back-tracked a little from that tweet later leaving it up in the air as to whether she was just giving Lisa a hard time with the 3-way comment (that would actually be a 4-way because ya know Giggy is always near). Brandi made the following reply when someone asked her about the Lisa being 60 thing. Lisa V. is 51 btw:

“I never said she [Lisa] looked old or wasn’t beautiful! My mom is sixty and gorgeous. I was only insulting the way she treated me.”

Either way I think we all can agree that in the end Ken wins!

VIDEO Justin Bieber put in headlock, thrown out of Coachella