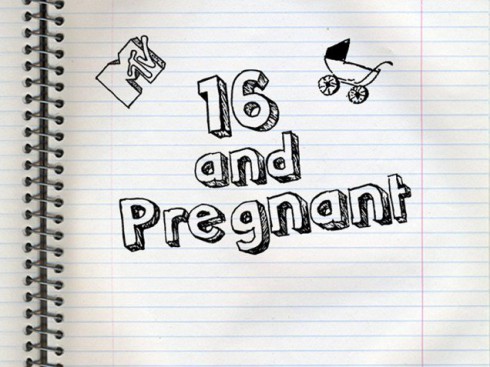 After a long wait, 16 and Pregnant season 5 will debut on Tuesday, April 29!

For the past few months, we’ve been keeping our eyes peeled for a big MTV announcement about the 16 and Pregnant season 5 premiere date. Then they went and slid it right past us with an inconspicuous mention in a New York Times editorial…

We already know a few of the young moms who will participate in the fifth season, which was actually announced last summer: Karley Deatherage Shipley is a married mom of twins. Maddy Godsey is a single mom of a baby girl. Chassiney Kellerman is a brand new mom to a baby boy.

The new season will premiere exactly 23 moths after the 16 and Pregnant season 4 finale — meaning this has been a long time coming.

UPDATE MTV confirmed the first of 12 new 16 and Pregnant episodes will premiere next month.

According to the press release, “In the new season, a star athlete will find her sports dreams derailed after a one-night stand, a pregnant teen will have to deal with her own mother’s addiction and a famously popular girl will wind up homeless when her pregnancy test yields a positive result.”

MTV also the ante by releasing a sneak peek at Madison Godsey’s episode. In this clip, Maddy’s mom, who recently had a baby of her own, says Maddy can only stay in the home for one month after the baby’s born.

“You’re the one who chose to grow up so fast,” Madison’s mom chides.

“I didn’t choose to get pregnant at this age, mom,” Madison responded. “But I can’t take it back.”

Watch the 16 and Pregnant sneak peek…