George King came into this world in a dramatic fashion on February 11. The 15-lb, 7-oz baby was deprived of oxygen for 10 minutes during his complicated delivery. Given only a 10 percent chance of survival, the hefty baby beat the odds and is now at home with his parents, Jade Packer and Ryan King.

“Everyone was shocked that he was so big,” Jade told BBC News. “He is a little miracle – a big miracle actually!”

Jade, who is 5′ 7″, had no idea that her baby with 6′ 2″ Ryan would be so large. Ryan added the doctors told the expectant parents that everything was normal until Jade went into labor, 15 days after she was due.

Jade’s labor lasted for 16 long hours as she delivered her son with only the help of gas and an epidural. Toward the end George’s wide shoulders got stuck and he was deprived of oxygen.

“There were about 20 doctors in the room and that is when it got really scary,” Jade said. 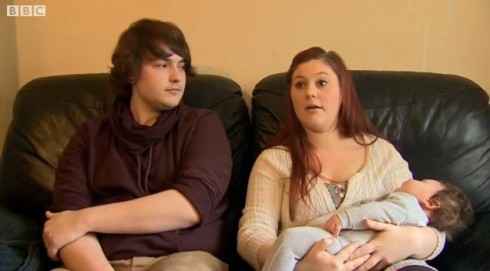 After he was fully delivered, baby George was rushed away by doctors who cautioned the new parents their son likely wouldn’t survive. Remarkably, George did recover and there don’t seem to be any lasting side-effects from his traumatic birth.

Now six-week-old George is 17 pounds and more than 2 feet long. His parents had to toss all infant clothing in favor of sizes intended for six-month-olds. 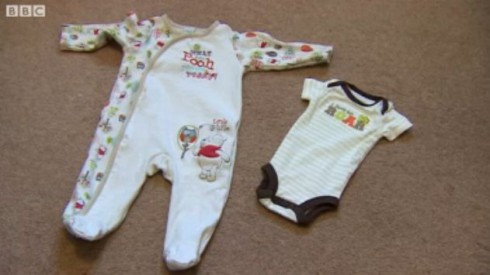 Despite his (significantly) larger-than-normal weight, the parents believe George’s size will level out in time. For now, the young parents are just happy to have their son home.

Even though the average birth weight for American babies is in the 7-lb, 8-oz range, there certainly have been some bigger infants. According to the Guinness Book of World Records, the largest baby ever recorded was born in 1879 at 23-lbs, 12-oz. Sadly, he died 11 hours later. According to Pregnancy and Baby, the biggest healthy baby ever delivered was a 22-lb, 8-oz Italian boy in 1955. Less than two years ago, a Texas woman gave birth to a 16-lb, 1-oz boy!

According to Dr. David Barrere, a baby’s birth weight is affected by a number of factors. Some of the leading causes of high birth weight include: heredity, pre-pregnancy weight, maternal age and the development of Gestational Diabetes Mellitus.

Wealthy du Pont heir given probation for raping 3-year-old daughter, judge said he ‘will not fare well’ in prison