Kudos to Britney Spears’ people who have somehow managed to convince gossiper-turned-gossipee Perez Hilton that dressing up like Krusty the Homosexual Elizabethean Frilled Lizard is an honor. 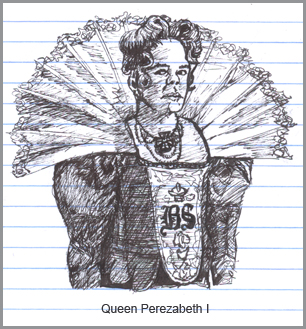 The self-proclaimed “Queen of all Media” can’t seem to use enough exclamation points to describe how proud he is to have a part in the upcoming Britney Spears “Circus” tour, playing the role of ringleader in a video to be played at the beginning of every show. BritneySpears.com has some exclusive preview photos of Madame Blogsalot in his Circus getup and they are absolutely perfect. Could there be any better revenge on a jerky gossip blogger than filming him in an overly-exaggerated Pompous Ass costume with “BS” emblazoned on his chest in front of an army of clowns and then showing it to thousands of people every night in cities all over the world? Not to mention the added bonus of making him think it’s an honor! Brilliant!

Starcasm has a source close to the internet that tells us this isn’t the only concert costume gig on the horizon for P Hilty and that all of the following are close to a “done deal” for 2009:

A video shoot for Britney, Sr: 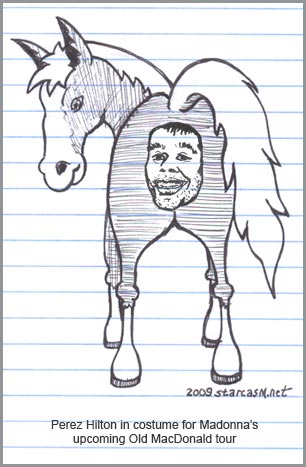 Perez Hilton will replace Pete Wentz as Fall Out Boy’s
bass player for the Canadian leg of their ’09 tour: 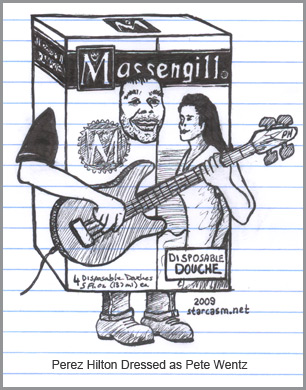 And here is Perez as he will appear on stage for Toby Keith’s
“Love America or Get the Hell Out!” tour: 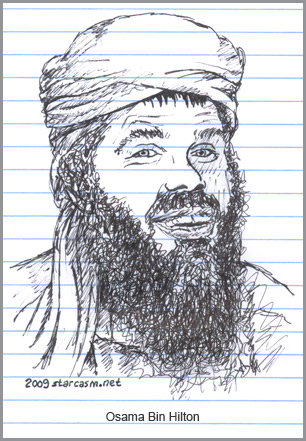 (It shouldn’t take him long to regret that one!)

Readers of this article can rest assured that starcasm will never allow itself to be taken advantage of like this! Our sellout will be much more dignified – perhaps co-starring in a Taco Bell commercial with Willie Nelson or playing the part of Spaghetti Cat in next year’s Celebrity Apprentice.