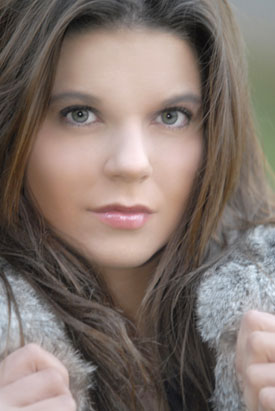 Teresa Hunt was busted in a FBI sting after she tried to extort $10,000 from the Duggar family, or get them off the air in exchange for not releasing what she allgedly called “damning” photos of Duggar first cousin (and aspiring country singer) Amy Duggar.

Hunt actually shopped the photos to Radar Online at some point, who declined to buy the photos. The Radar staff says the photos were “harmless snaps rather than incriminating, damning photos,” and at the time they passed on them they had no idea Hunt was trying to extort the Duggars.

She allegedly sent a letter to Discovery Communications (who own TLC, which airs the Duggar family reality show 19 Kids and Counting) demanding that either the show be taken off the air, she be sent $10,000, or she would release “shocking” photos of Amy Duggar with an older musician. She also claimed that Amy had sex with the musician in motel rooms.

Here’s an quote from the letter, according to the affidavit: “The (redacted) claim to be so Christian so they keep popping out babies to keep their ratings up. Meanwhile, (redacted) and (redacted) are doing the nasty behind closed doors.”

Amy released a statement saying that the man was just a family friend: “It’s totally untrue. He is a longtime family friend who has always been supportive of my music career. He’s a good Christian and it’s upsetting that his generosity has been exploited like this.”

An undercover FBI agent contacted Hunt pretending  to be a rep for Discovery January 20. She told them she already had $3,000 overs from several photo and/or news outlets offering the purchase the photos, and allegedly demanded $10,000 to be wired to her account in exchange for not releasing them to the public.

Sounds like this Hunt lady suffered from a touch of the cray-cray.

Cousin Amy Duggar has appeared on her aunt and uncles’ show 19 Kids and Counting, and is working to launch a career as a country singer. She says on her website: “I don’t know the actual day or when the little light bulb in my head came on but my desire to sing for others had become very strong. Country music was just right down my alley. I not only wanted to sing a song but I wanted the audience to enjoy it and tab that song as their own. When I told my mom that I wanted to sing, she totally freaked out.”