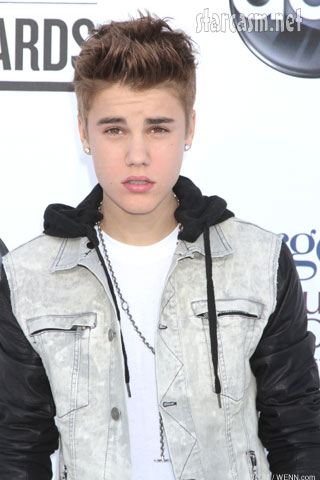 Justin Bieber allegedly assaulted a paparazzo who was trying to take his picture Sunday afternoon. (CLICK HERE to see the pics he actually snapped.) The paparazzo was reportedly blocking Justin’s car, which angered the pop star.

According the the police report, Bieber, who was with Selensa Gomez (they didn’t break up, guys!)  at a Calabasas Shopping Center, left the scene after the incident before police could arrive. There is a claim that a person identifying as a lawyer approached the paparazzo after the incident, recommending that he call the cops and an ambulance so he could get a lot of money.
Police want to see Bieber for questioning so they can get his side of the story, but he’s currently in Oslo, Norway, where he’s kicking off some “secret concerts.”

“Ok. going to board. OFF TO EUROPE! PHASE 1 of operation secret concerts! lol. OSLO first stop,” he tweeted. “See u soon….and…when i land #DieInYourArms and #BOYFRIEND will be out!! Countdown and then #BIEBERBLAST !!!! thanks! see u soon. much love. #BELIEVE.”

When he gets back in the States, he’ll likely eventually have to be called in for questioning, and he might be arrested on the spot. If charged, he’ll get a misdemeanor. Selena Gomez is reportedly also going to be called in for questioning as a witness to the event. Police are still looking for other witnesses. If you witnessed the incident, see the contact info at the bottom of this article.

UPDATE: The case will be referred to L.A. County D.A for possible criminal prosecution. Selena has since thanked fans for sticking by her on her Facebook, and Justin promised via Twitter to focus on ” the important stuff. The music.”

To prove the point, Beiber released a new single “Die in Your Arms” (available now on iTunes!)

Here’s the press release from the Sheriff’s station:

Deputies from the Malibu-Lost Hills Sheriff’s Station responded to The Commons at Calbasas Shopping Center, Calabasas, after receiving a call from a man who alleged he was in a physical altercation with pop singer Justin Bieber Sunday afternoon.

Shortly after deputies arrived, they contacted a man who told deputies that as he took pictures of Mr. Bieber, who was also in the company of actress Selena Gomez, he was physically battered by the singer. The man stated that Mr. Bieber left with Miss Gomez prior to deputies’ arriving on-scene.

The victim complained of pain and requested medical attention. Personnel from the Los Angeles County Fire Department responded. The victim was transported to a local hospital where he was treated and later released.

The victim requested a criminal report be taken regarding the incident and a allegation of misdemeanor Battery (242 California Penal Code_)report was taken at the scene.

Los Angeles County Sheriff’s Department Malibu-Lost Hills Station detectives are investigating the incident. Any with information about this incident is urged, contact detctives at (818-878-1808). Or if you wish to remain Anonymous, call “LA Crime Stoppers” by dialing 800-222-TIPS (8477), texting the letters TIPLA plus your tip to CRIMES (274637), or using the website http://lacrimestoppers.org

PHOTO Justin Bieber gets a new owl tattoo on his arm