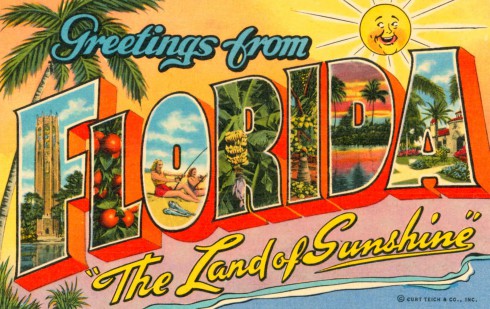 This may not be scientifically accurate, but it seems safe to say that 90 percent of weird news stories in this country come from Florida. And those of us at Starcasm aren’t alone in thinking that, either…

“Other states have odd stories come out of them, but no state can challenge Florida,” a Fark.com administrator said in 2011. “It’s the heavyweight champion of weirdness.”

The best part is that most Floridians aren’t offended by that reputation. Instead, they seem to invite and embrace the weird!

“You want to greet every day’s news with a raised eyebrow, widening eyes and a gasp of astonishment? Come on down to the Sunshine State,” said Florida native Craig Pittman in his series for Slate about the state’s oddball nature.

But, since there really isn’t a welcome mat on the Florida-Georgia line inviting all the weirdos of the world to the southern state, how did the congregation of strange come to be? Craig Pittman decided to investigate and he ended up with a few possible suggestions from Florida experts.

His first potential reason for the chaos is the warm Florida weather. Folks get to keep up with their publicly crazy ways during the winter and the heat drives them to insanity during the summer, Pittman postulated.

“With no snow to keep them cooped up indoors, Floridians are out creating mischief and mayhem all year long, or running into alligators or boa constrictors or some other unusual creature basking in the warmth,” he reasoned.

One of Pittman’s friends suggested another reason for the insanity: Everyone in Florida is stuck so close together. Like, so close together that when you throw a baby, another person is there to catch it. 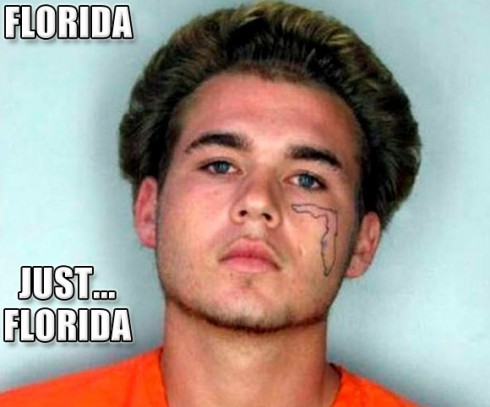 “Once you’re here, you’re funneled into a fairly narrow space, a peninsula between the Atlantic and the Gulf of Mexico, where most folks discover you can’t really get away from your past,” Pittman said, noting this created the potential for a lot of awkward encounters.

As the fourth most populated state, Florida also has a lot of man power when it comes to creating weird news. Add to those 20 million residents an extra 80 million tourists per year and things really get wild. Come on, where else are you going to hear about celebrity tourists getting run over by trucks while sunbathing?

Those all seem like valid explanations for Florida’s collective craziness. But, in one final note, Pittman doubled back to imply that maybe the state isn’t so crazy after all…

“Florida has long enjoyed a tradition of open government records, which means a lot of the weird stuff that the cops see winds up available to reporters looking for something to make their readers’ jaws drop.”

Do you think Florida really is extra loco? What do you think causes it?