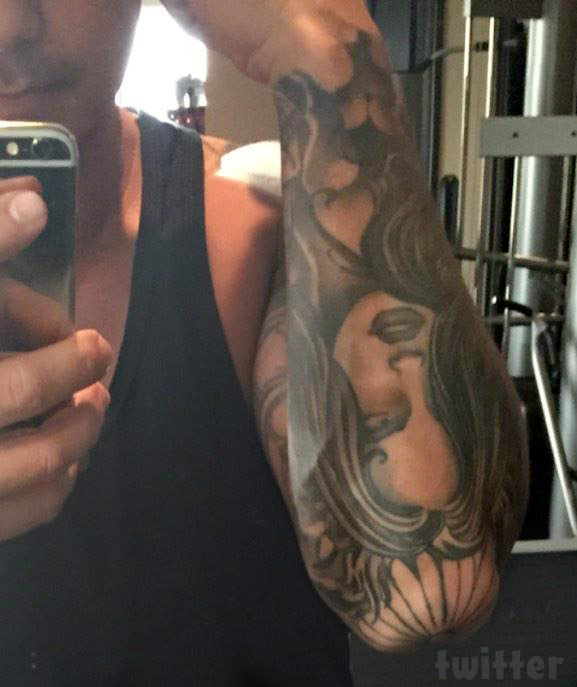 In honor of last night’s telecast of the 2014 Victoria’s Secret Fashion Show, former Jersey Shore star DJ Pauly D revealed a secret of his own — the identity of the woman tattooed on his right forearm!

So apparently GTL means Great Tattoo of Lima! 😉 In case you were underwear unaware, Brazilian model Adriana Lima is one of the most famous Victoria’s Secret Angels ever, and has been rocking the lingerie maker’s unmentionables since 2000. Here are a couple side-by-side photos of Adriana and Pauly D’s tattoo (turned right side up and flipped to counter the mirror effect): 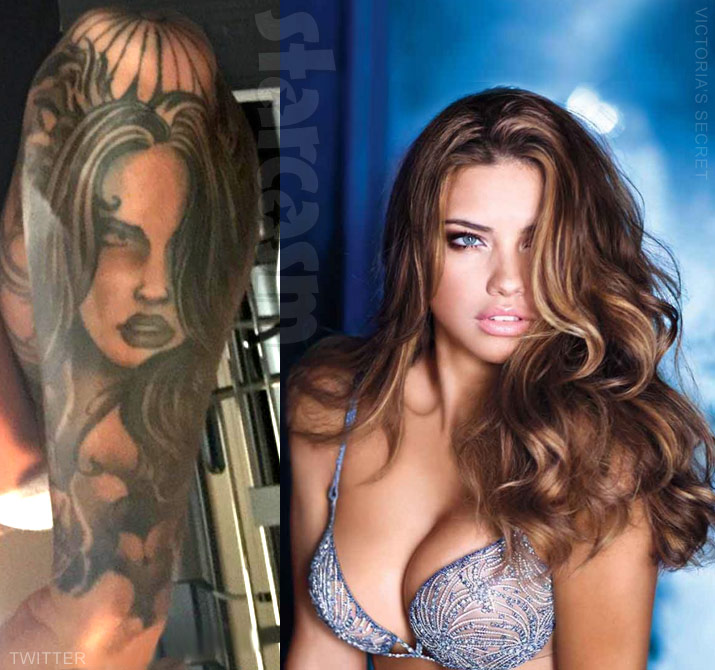 I couldn’t find any indication online that Pauly D had previously revealed it is Adriana Lima’s face on his arm, which is amazing given that he has had the tattoo for about a year and a half. Here is the last photo I could find of Pauly without the face portion of the tattoo not completed taken in June of last year:

So far, Adriana Lima has not responded publicly to having it revealed that her visage occupies such valuable real estate on Pauly D’s bod.

JWoww has been a mom for a year; daughter Meilani turns one