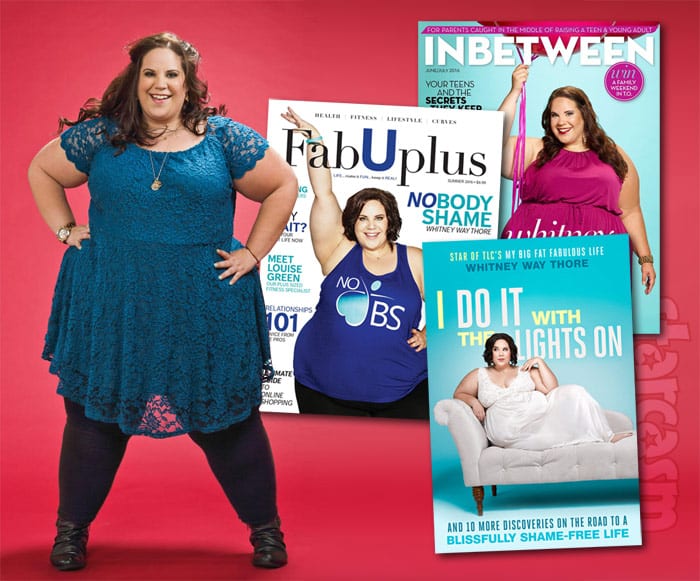 It’s rare for viral YouTube stars to be able to extend their 15 minutes of fame, but Whitney Thore has managed to turn her “Fat Girl Dancing” video into a “No Body Shame” empire that includes her own reality show, a book, and cover stories on two different magazines on news stands now! 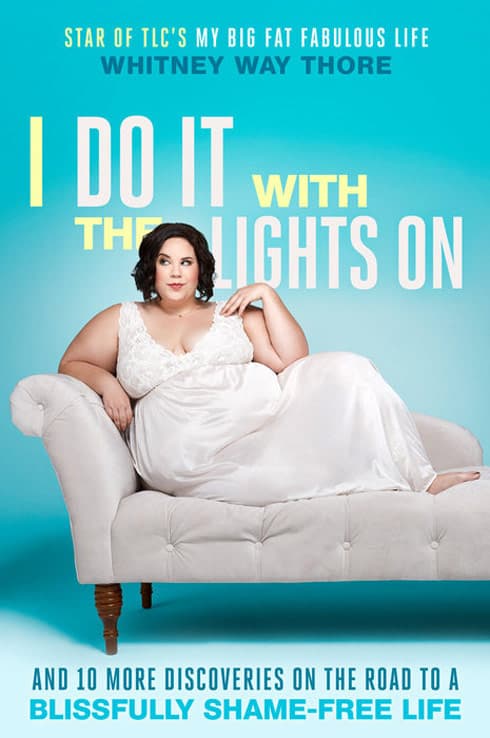 Whitney’s book, I Do It with the Lights On: And 10 More Discoveries on the Road to a Blissfully Shame-Free Life, has been out since the end of May and Whitney is currently on tour doing book signings in support of it. For those of you wanting a sample from the book we’ve got that for you — plus bonus! Here’s Whitney herself reading the section about her viral video from the audio book version:

And here’s a promotional video for the book:

In addition to the book and the Season 3 premiere of her TLC reality series My Big Fat Fabulous Life on June 8, Whitney is also on the cover of two different magazines right now — which seems to be proof that her “No Body Shame” message is getting through.

First to be published was Whitney’s issue of FabUplus, which was the magazine’s debut issue! Here’s the cover followed by an excerpt about the magazine from the FabUplus website: 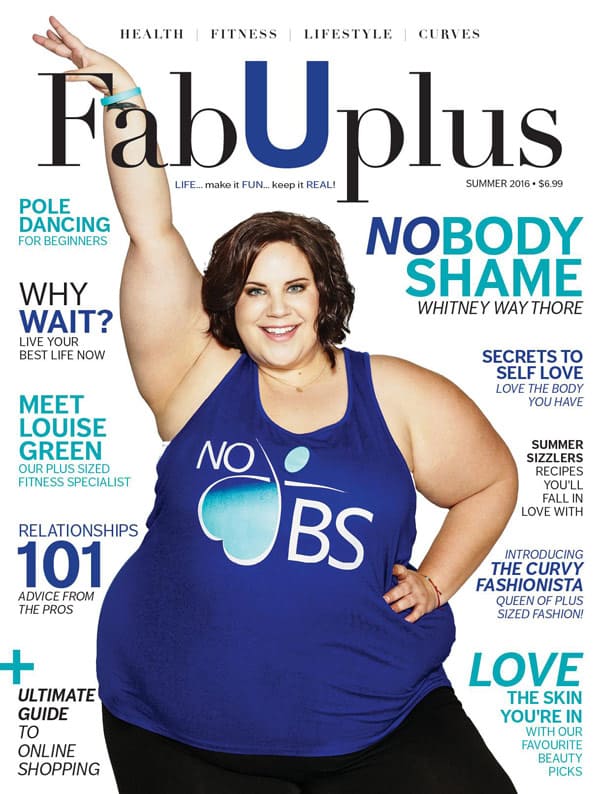 FabUplus is a health, fitness and lifestyle magazine dedicated to women with curves. Our goal is to empower, encourage and inspire women to maintain a healthy lifestyle no matter what your size. Size does NOT define one’s health and fitness level, and FabUplus Magazine celebrates a woman’s inner curves. The unique editorial content relates to the plus sized community, engaging and informing women to be fit, healthy AND curvy at the same time.

After her FabUplus cover story, Whitney was featured on the cover of InBetween magazine with the headline “Whitney Thore Is Sick Of Your BS:” 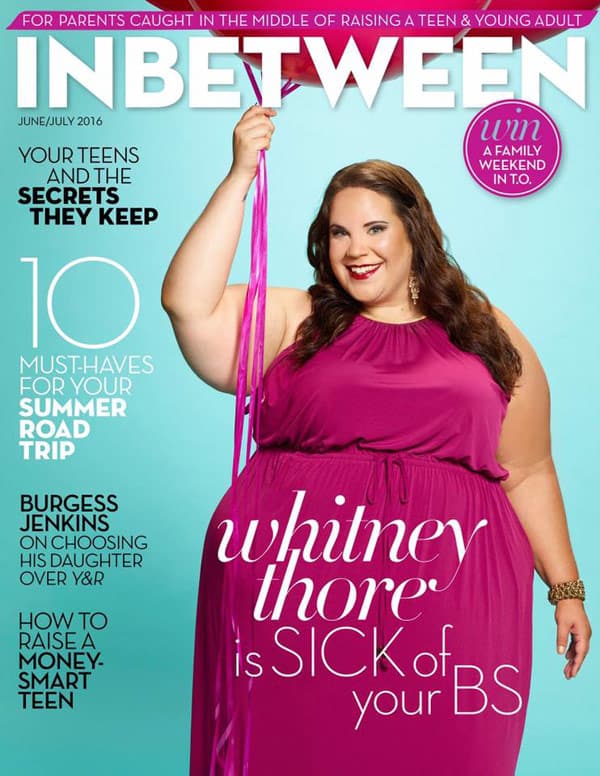 InBetween is a magazine for parents of teens and young adults, so it might seem a bit odd to have Whitney Thore featured on the cover, but in the article Whitney offers up her advice to parents of kids with weight and/or other body issues. You can actually read the entire article — and the entire issue — online! Here you go:

As if the book, magazines, and TV show weren’t enough, Whitney’s ubiquitousness also extends to a marketing campaign — purely without Whitney’s consent! Check out this weight loss ad making the rounds online that uses a photo of Whitney along with the tease “You won’t believe the transformation! She’s too skinny now!” 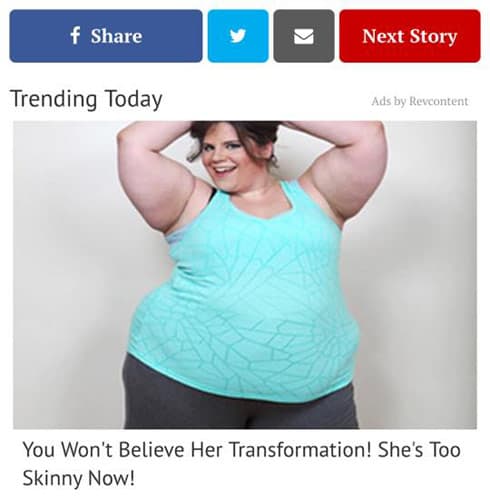 I’m sure that gave Whitney a laugh! And speaking of Whitney’s signature laugh, you can catch that and lots more of her by tuning in to new episodes of My Big Fat Fabulous Life airing Wednesday nights at 9/8c on TLC.

UPDATE – Whitney keeps rolling! It was just revealed that she is the cover girl for the Triad City Beat‘s book issue:

Whitney Thore immobile after back injury, vows to “take better care of my body from today on”