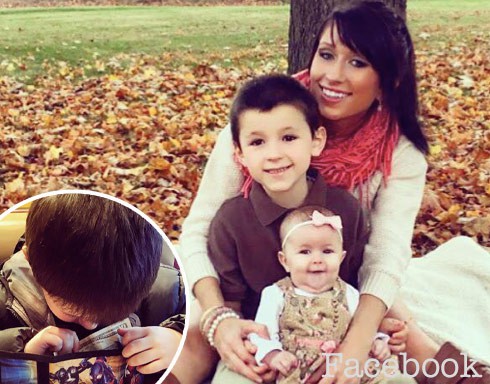 Nikkole Paulun has responded to critics of her viral Facebook post about her 6-year-old son Lyle taking her on dinner dates.

Paulun shared her parenting practice of having Lyle treat her to dinner dates once a month in hopes of teaching him the value of money and the respect of others. The post received millions of likes and hundreds of thousands of shares after ABC News picked it up.

Being a veteran of 16 & Pregnant and having built social media accounts with large numbers of followers, Paulun knows that there’s always going to be negative feedback on anything she shares. While she was surprised by how popular her post became, she wasn’t shocked at how many people threw shade at her over it.

I think nobody should really judge another person’s parenting… I guess because there’s so many people who are so negative, it’s made me a person where I don’t listen to anything negative anymore. I know who I am, I know what I do with my life. So when people try to bring me down and say all those mean things about me, I know it’s not true. I don’t let it get to me like a lot of other people do.

Paulun also had some advice for other parents who might find themselves in the same kind of situation: “Focus on what you want for your kids’ future. Make sure they’re brought up better and just focus on making things the best they can be for them. That’s really what motivates me,” she said.

It should be noted that the vast majority of responses have been positive. “I’m just happy that a lot of people are taking it and being inspired by it and saying, ‘Oh, I want to do this with my son or my daughter,'” Paulun added.

Nikkole Paulun’s son Lyle is in the Intensive Care Unit