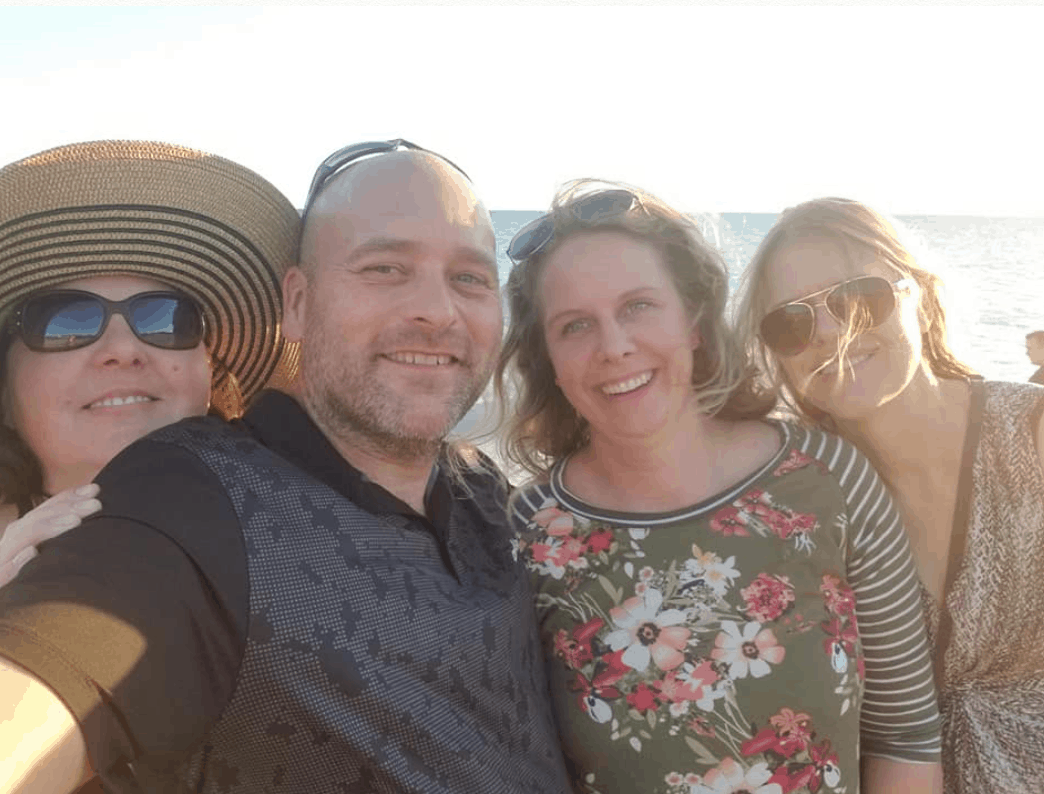 Brady Williams and his five wives were featured on a TLC polygamy-themed show called My Five Wives for two seasons in the years 2013-4. The family had 24 children and lived in two polygamy-style homes outside Salt Lake City, UT. At the time the now 51-year-old father was working as a construction project manager and also studying philosophy.

On the show, Brady and his wives occupied two houses total, with three wives in one house, and two wives in another. These were polygamy-style homes, which means they were built so each wife has her own living spaces including a kitchen and living room.

Why is Brady Polygamist? What is his religion?

Like Kody Brown of Sister Wives, Brady Williams grew up in the mainstream Mormon church and converted to the AUB, a fundamentalist Mormon church that practices polygamy, after his parents did. Neither Kody nor Brady are still members of the AUB (Apostolic United Brethren.) Brady and his family left when Brady was 34, which was about seven years before they started filming their show. Kody and his family were asked to leave after a few years of their reality TV success. The Winders from Seeking Sister Wife also seem to be a part of the AUB church in Utah.

Brady was a true believer of the Mormon faith and became a true believer of the AUB after his family converted in his teen years. By age 29, he had married all his wives, Rosemary, Robyn, Nonie, Paulie, and Rhonda, and had worked his way up as bishop in the church, and was a “Seventy Apostle,” which meant he was seen as a prophet. All of this was setting him up to be a “God” in heaven according to the belief system. A few years later Brady became less of a believer as he studied more and more about the faith and saw many contradictions. The family now classify themselves as non-religious, and Brady, who considers himself a feminist, has used the term “Progressive Polygamist” to describe his family structure.

On The Jimmy Rex Show podcast, which aired March 7, 2018, Brady told a story about how he changed his view on religion and God after meeting a kind young man who treated everyone with intense love and reverence for God and yet did not ascribe to any particular religion. This made Brady questions his fundamentalist beliefs and now he even speaks out against religious fundamentalists.

Brady decided to remain in the polygamist framework because he loves his family and was committed to them. His wives, who were all raised within this religion, also eventually came to the decision to leave the church, which was extremely difficult because their families are heavily entrenched. Rosemary even came out with devastating information about her father, who is a prophet in the church, molesting her when she was a child.

Brady is now known as a “son of perdition” or leading his wives and family away from what they consider to be salvation. He thinks so few people live polygamy out of love, that it should “die out.”

Why did Brady and his family do the show?

On the podcast, Brady revealed that their family had been approached by a lot of different TV offers for a while because of the popularity of the HBO show Big Love. Most of the offers were either for too little money in exchange for the risk of airing an illegal lifestyle on TV, or the family felt the tone of the show as too salacious. When TLC, who had been airing Sister Wives for several seasons already, pitched their idea it aligned more with what the Williams family could agree to.

What happened after the show?

After the show ended in early 2014, Brady filed for bankruptcy with his legal wife Paulie and was able to wipe out $318k of their $402k debt to start again. In October 2014, Karlie, the daughter of Brady and Paulie, gave birth to the family’s first grandchild, a baby named Huck. He was born at only 25 weeks, weighing only 2 lbs. and 1 oz., and was hospitalized for at least 6 weeks following his birth.

Since Huck, the family has at least two more grandchildren but there aren’t a lot of details about the other two. As of 2018, Brady revealed on a podcast that he had two grandchildren, the second was also the son of his daughter Karlie. March 13, 2019, Brady shared a Facebook photo of himself smiling with his new granddaughter without revealing her name or the identity of her parents. 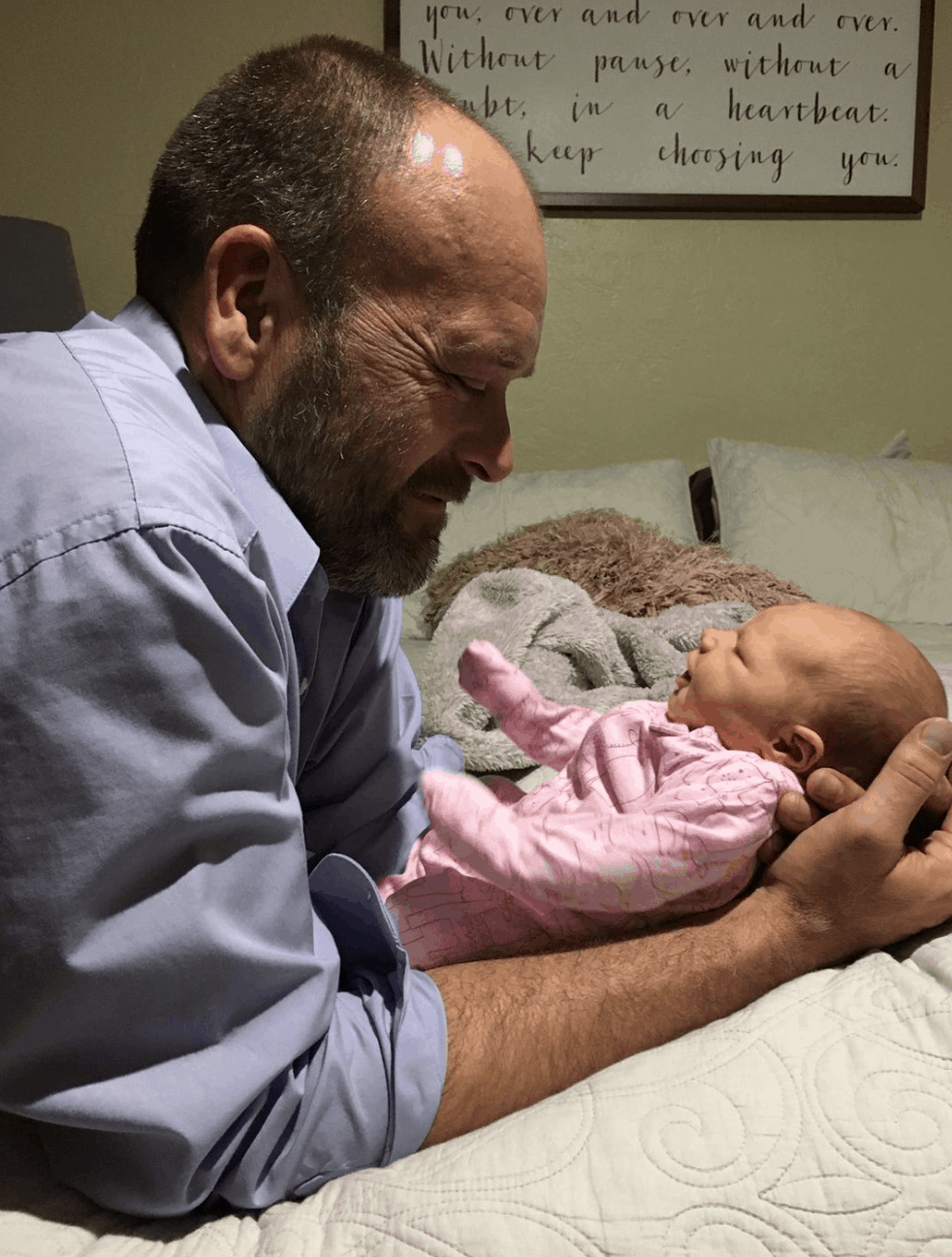 In 2015, the family welcomed their 25th child with the birth of Addisen Jai with his fourth wife Nonie. This was Nonie’s sixth child with Brady, and the family’s last child.

Brady spilled some tea about the AUB

On The Jimmy Rex Show podcast, which aired March 7, 2018, Brady Williams revealed that most fundamentalist polygamist men do not actually love all of their wives. Brady, who had always approached his marriages out of love, was surprised to find this out from a polygamist matriarch of the AUB (the same church Kody Brown joined when he decided to be polygamist) when he married his third wife Rosemary. The woman, who was Rosemary’s mother, found Brady’s declaration of love for this plural wife to be rare.

Brady goes on to estimate that 90-95% of polygamist marriages are not entered to out of love, but in order to get power, and make sure they can get into heaven and become a God there. According to fundamentalist Mormon doctrine, iif a man does not have multiple wives, he can only be an angel in heaven.

Brady also shaded other “polyamist” shows for being trainwrecks

Brady also talked about how My Five Wives didn’t get high ratings because his family gets along and aren’t “a trainwreck.” He pointed out that the audience gets more invested in these types of shows when there is discord, and questions about whether or not a wife will leave or the family will break up. This is definitely true for Sister Wives, which has been dealing with Meri’s catfishing and Christine’s dissatisfaction for years. This past season reached a peak of discord as Kody became bitter and disillusioned with polygamy, and even his own family. Seeking Sister Wife offers some of both worlds, with multiple types of polygamy, much of it unstable. The Winders, however, are an example of a stable and loving polygamist family that offers a refreshing contrast to the tensions found in families like the Snowdens and Merrifields.

Brady offers a loving take on becoming disillusioned with polygamy and religion in general, instead of careening on a path of misery and disconnecting from most of the family-like Kody Brown was doing on his past season, Brady has embraced moving forward in love as a family even those his beliefs and opinions have changed.

What does Brady do now?

On the 2018 Jimmy Rex Show podcast Brady said his main focus was his family, but he also works to relieve modern-day slavery in Guinea Bissau to teaches construction trades in Haiti.

Overall, the family keeps their lives pretty private. The last time Brady’s sparse Instagram was updated was 2014, and their family Facebook page was last active in July, 2020 when they updated their page art.