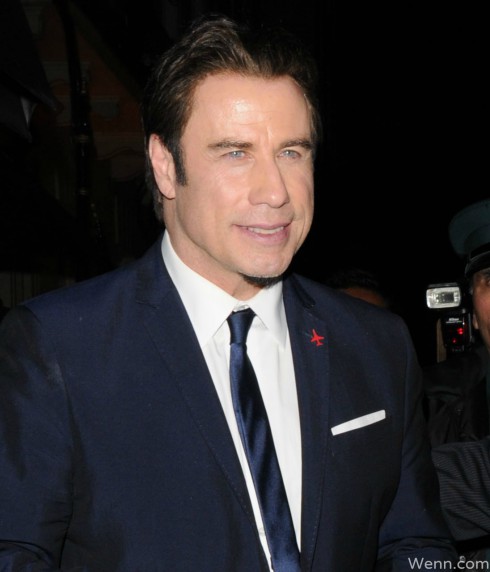 John Travolta, who is second only to Tom Cruise in being the highest profile member of the Church of Scientology, doesn’t believe he would be here without the religion.

“I’ve had a lot of losses and different negative things that have happened over the years and it really got me through brilliantly,” John told The Guardian. “I would walk in to a session feeling one way and walk out feeling a lot better.”

The Grease star has been a member of the church for 38 years. A born-and-raised Catholic, John said Scientology better enabled him to deal with issues.

“There are techniques for actually ridding you of stresses and pain as opposed to an advisory or recommendation on how to live.”

John added he believes the founder of Scientology, L. Ron Hubbard, “resolved the human mind” and “resolved the human pain.” That, no doubt, was very meaningful to John and his wife, Kelly Preston, following the tragic death of their oldest son, Jett, in 2009.

Although Scientology appears to have helped the Travolta family, L. Ron Hubbard’s great-grandson said they and other celebrities are protected from the harsher aspects of the religion.

“The celebrities get a different flavor of it and a very different brand of Scientology,” Jamie DeWolf said during an interview with Current TV earlier this year.