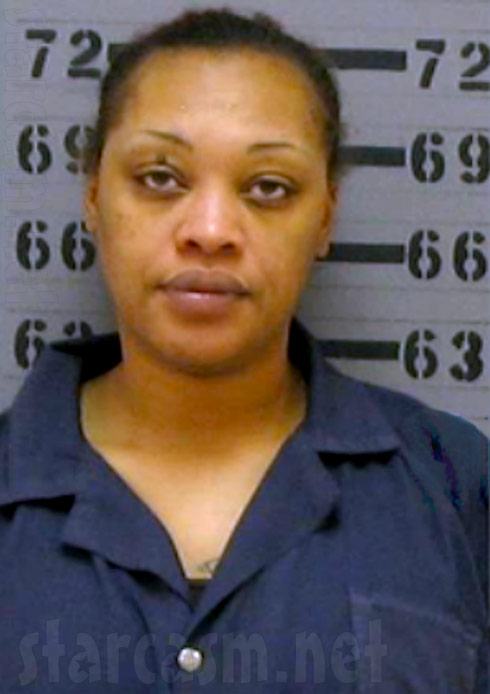 And in Apollogate related news… Blogs Straight From the A and Sandra Rose were sent emails earlier today pointing out that Angela Stanton (who was convicted for racketeering alongside Phaedra Parks’ husband Apollo Nida back in 2004 and who published a book in 2012 claiming Phaedra was in on the car-theft scheme and even helped orchestrate it) has had some recent legal problems of her own, including a January, 2014 arrest for “battery-family violence!” (Angela Stanton’s mug shot photos from the arrest are included above and below.) 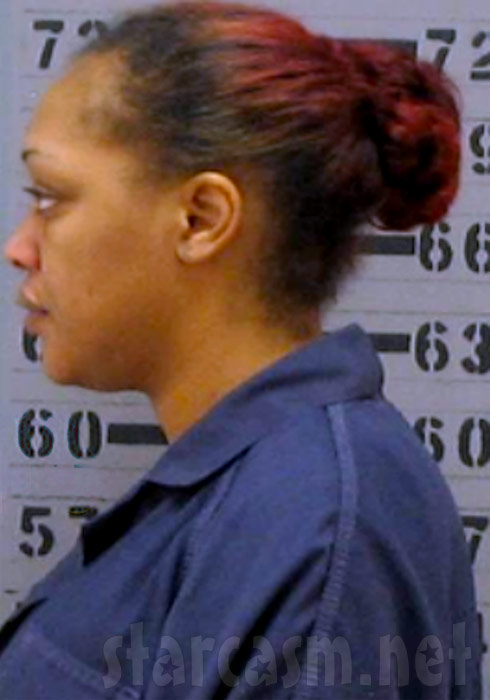 An online search confirmed the arrest, with Angela’s name and charges listed as part of the Dougherty County, Georgia Jail Report for the week of February 3, 2014 published by The Albany Herald. The jail report lists Angela Stanton as being charged with “battery-family violence, first offense-misdemeanor; $2,000” on January 25.

UPDATE – Many commenters online have been speculating that the “tip” about Angela’s recent arrest may have come from someone in Phaedra’s camp, and Angela’s attorney James Radford seems to suggest that may have been the case as well! According to a statement published on his blog today, Angela was deposed earlier today as part of pre-trial discovery in Phaedra Parks’ defamation suit against her. The deposition began at approximately 10:45AM and “sometime fairly shortly after it begun, Ms. Stanton testified that she had been arrested fairly recently after an altercation with a member of her family,” Radford writes.

Radford then saw a tweet from Sandra Rose at 12:54PM that read, “Hi [Mr. Radford], did you know your client was arrested for assault and battery on a family member?”

Although Radford is careful how he words it, he clearly insinuates that the information must have originated with someone in the room, which meant either him, Angela Stanton, Angela’s close friend (who was there for moral support), Phaedra Parks, Phaedra’s attorney or Phaedra’s assistant. (“There was also a certified court reporter and videographer, who are bound by strict rules of confidentiality,” Radford adds.)

While depositions are not confidential per se, there is a time-honored rule of professional courtesy that the attorneys try to keep depositions between the parties, and out of the public domain. Questions in depositions often get into personal information that would not be admissible at trial. In addition, in this particular case, the court has issued a protective order, in place to allow the parties to exchange certain information confidentially.

I do not have any way to know how this information came into the blog’s possession. But, I do know that the arrest in question is several weeks old. If it had been discovered by someone who just happens to check arrest records in the particular county where she was arrested, it could have been discovered weeks earlier. It is a striking coincidence that, within less than two hours of Ms. Stanton divulging this information (which has nothing to do with the case), during a deposition in which Ms. Parks and her assistant were present, the information would be in the hands of an Atlanta blog that frequently covers Real Housewives of Atlanta, the Parks v. Stanton case, etc.

Oh snap! OK, back to the post already in progress…

Interestingly, that means Angela was arrested just two days after Apollo Nida appeared before a US District Judge and was granted bail. It also means that she had her run-in with the law just a couple of days prior to issuing her statement about feeling vindicated in the wake of Apollo’s arrest:

In 2012, I released my personal memoir, Lies of a Real Housewife: Tell the Truth and Shame the Devil. In the book, I detailed the struggles I faced as a young woman drawn to the temptations of crime and the false glamour it affords. I alone am responsible for the mistakes I made as a young woman. Yet, I have felt a certain sense of anger toward the people who used me during that period of my life. Certain individuals found me at a time when I was vulnerable and searching for friendship, and used those traits to lure me into doing their bidding.

I read with sadness the news that Phaedra Parks’ husband, Apollo Nida, was arrested for alleged schemes that are remarkably similar to those that lured me years ago. I was troubled to learn that the alleged crimes involved the use of a vulnerable woman to carry out the schemes. The story is all too familiar to me. I sincerely hope that Ms. Parks has not been part of his alleged crimes. I hope that she, like I, learned from her mistakes.

Although tragic, the news of Apollo’s arrest has been vindicating for me. Since I published my book, Phaedra Parks has used her wealth and influence in an attempt to silence me. She filed lawsuits against my publisher, and threatened them with years of expensive litigation if they did not cease publication of my book. As a result, I lost nearly all the royalties I was owed. Ms. Parks used her influence in the media to discredit my story and smear my name, casting me as a delusional liar on the pages of popular blogs. After going to prison and losing everything, my story was all I had left, and she took that from me.

In case you missed it, Stanton alleges in her book (and in a series of video interviews published by Vibe magazine) that Phaedra Parks was involved with (and even helped mastermind) the racketeering scheme that Apollo was found guilty of. Angela also stated that Phaedra had promised to be her attorney if she was ever arrested, something Angela says she still believed right up until Phaedra failed to show up for court.

Angela later added, “Maybe she got scared. Maybe she thought I would tell. Maybe she felt it was just getting too hot. I couldn’t understand why she had just totally and completely abandoned me … In my mind I was cool with it. I was like, you know what? Nobody ever put a gun to my head, nobody made me do anything. I’m a grown woman. I accept all of my consequences for what I did.”

And speaking of what Angela Stanton did, my search of online legal records turned up quite the history for Angela. In addition to a slew of civil cases (numerous eviction issues, a custody and child support issue, a problem with a window tinter, etc.) Angela also had a criminal case involving a bad check for which she was ordered to pay $155.36 in restitution.

Here’s a screen grab of the results for civil cases:

It should be noted that it is unclear if Angela Stanton was found guilty in the battery case, or even what the events were that led to her arrest. Also, that incident combined with being pretty bad at paying rent and writing a bad check does little to discredit Angela’s accusations in her book. That being said, it sure doesn’t help Angela’s public image to have recent mug shot photos and arrest records being splashed all over the internet!

And speaking of Angela Stanton mug shot photos being splashed all over the internet, here is a collection of them I gathered while doing my research: 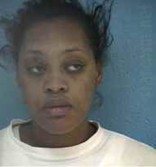 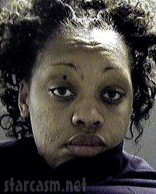 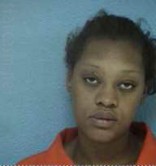 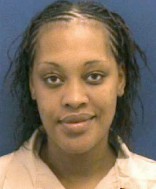 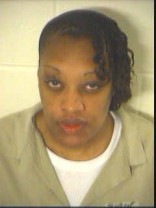 Stay tuned for all the latest on Apollogate! (The civil case between Phaedra and Angela Stanton was supposed to begin this week, but I haven’t heard any updates yet.)

UPDATE – As you may have guessed from the update about Angela’s attorney, the defamation case doesn’t actually start this week. Mr. Radford is unsure how that rumor got started, but it is my guess it may have had something to do with confusion over the deposition that took place today?