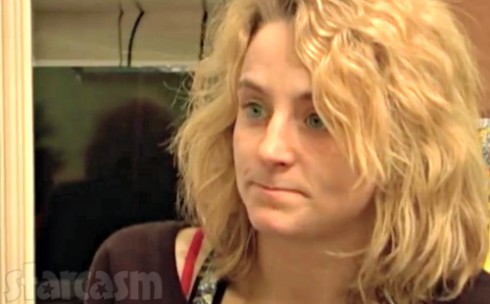 During a dramatic Teen Mom 2 press week in New York City, MTV rolled out new teasers for each of the ladies. After first getting a look at the promos for Chelsea Houska and Jenelle Evans, we now have videos for Leah Calvert and Kailyn Lowry.

We’ve already heard reports that, during filming, Javi Marroquin went to a strip club and Kailyn was flirting with other men. At the time, Kailyn admitted “We aren’t perfect and we’ve never claimed to be.”

Well, the new promo shows just how serious some of the arguments were — and that divorce seemed to be a real possibility at one point. The good news for their fans is that Kailyn and Javi seem to be doing much better now–he even joined her, voluntarily, in NYC for the final press days.

As we all know, Leah’s marriage to Jeremy Calvert didn’t have as happy an ending: in the new preview, Leah says he was filing for divorce, which has since been finalized. The promo also shows the toll the ordeal took on Leah, who said, “I have been accused of abusing drugs….The happy person I used to be is fading away.”

Even though she is reportedly home from a stay in rehab, Leah did not join her co-stars for press week.