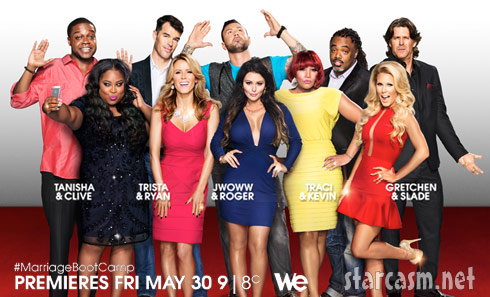 For those of you looking for a thrill ride but not wanting to stand in line at your local Six Flags, then just tune into WE TV’s Marriage Boot Camp: Reality Stars premiere on Friday at 9/8c because it looks to be quite the roller coaster of relationship drama! But then, that’s what is to be expected when you house five couples famous for being on reality shows already, right?

Here’s the full extended preview trailer chock full of emotional loop-the-loops and dramatic freefalls as well as introductions for the entire cast:

Here are each of the couples from Marriage Boot Camp: Reality Stars with photos and more preview video clips from the show: 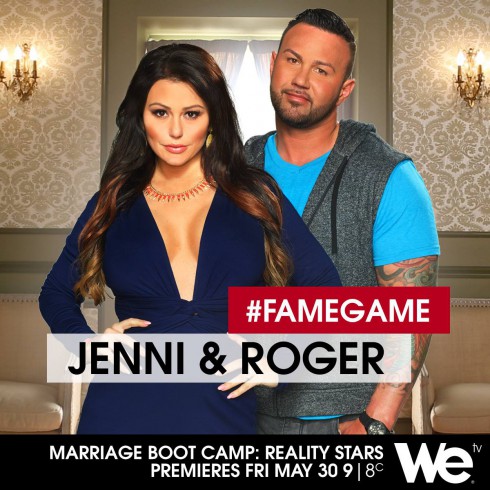 Jersey Shore‘s tough-as-nails JWoww is brought to tears as she and manly beau Roger work through some serious issues, including Roger’s confession, “JWoww is fake, and I can’t stand fake people.”

From WE TV: “Jenni and Roger come to Boot Camp after 3+ years of being engaged and a relationship on life support. Will the #famegame ultimately sink this fist-pumping power couple?” 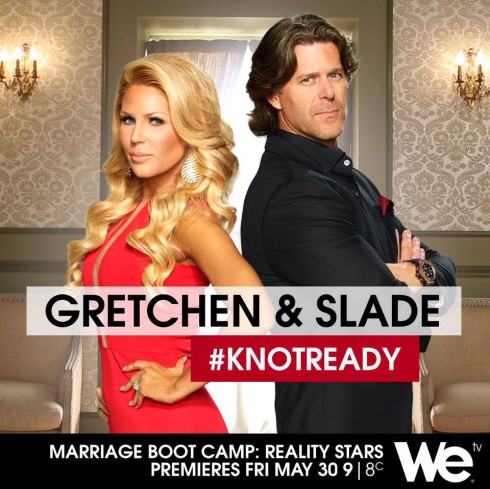 The Real Housewives of Orange County super couple Gretchen and Slade return to reality TV with the hopes of either FINALLY getting married or else calling it quits.

From WE TV: “Housewife Gretchen Rossi and fiance Slade come to Boot Camp on seemingly different pages. Will their time at the mansion bring them closer together or prove they’re #KnotReady?”

And here’s a clip of Gretchen and Slade meeting Tanisha and Clive simply titled “The White Oprah:”

I’m assuming that clip is leaving you hungry for more of who appears to be the show stealer, so we will move on to Tanisha… 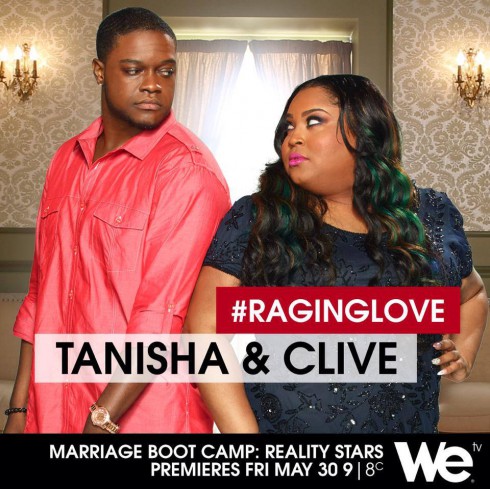 Tanisha may be the only reality star resident in the Marriage Bootcamp house who is actually taking a step down as far as over-the-top drama goes. At the time of their Bootcamp residency, The Bad Girls Club veteran has been with husband Clive off and on for eight years, married for two and separated for two days.

From WE TV: “Bad Girl Tanisha and hubby Clive are coming to Boot Camp as a last resort. Can this #raginglove ever be tamed?” 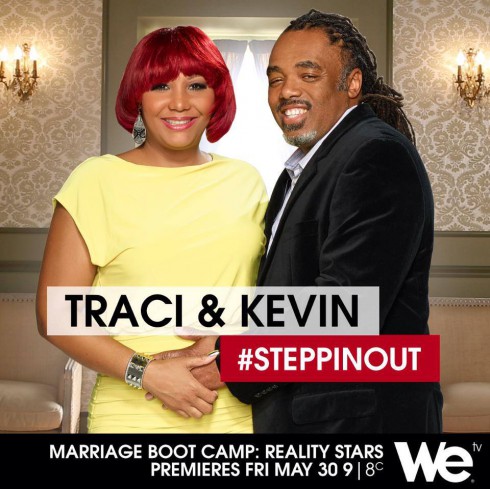 Braxton Family Values stars Traci Braxton and Kevin Surratt have been married for 17 years and have managed to overcome numerous issues including infidelity on both sides — but they are looking to regain their close friendship that somehow seems to have gotten lost along the way.

From WE TV: “Traci and Kevin are #steppinout on a limb to save their marriage at boot camp – but is their relationship too far gone?” 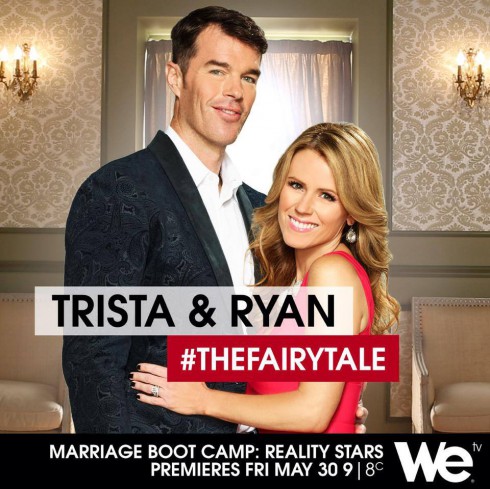 One of the rare “happy endings” from ABC’s romantic reality competitions The Bachelor and The Bachelorette, Trista and Ryan’s relationship is far from a fairy tale. Ryan says in the following preview clip, “I’m here to work on our relationship and hopefully not be a train wreck.”

Marriage Boot Camp: Reality Stars premieres Friday, May 30 at 9/8c on WE TV!