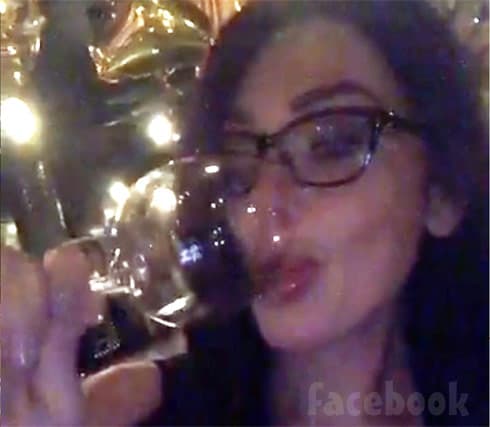 As we reported yesterday, all indications are that we can expect a Jersey Shore reunion of some kind soon. Last night, the meatball squad of Jenni “JWoww” Farley, Nicole “Snooki” Polizzi, Sami “Sweetheart” Giancola, and Denna Nicole Cortese met up at STK in New York City to talk about the nuts and bolts of making the reunion happen, and after downing a few glasses of wine, JWoww took to Facebook Live to update fans with a hilarious throwback “white girl drunk” video!

“I’m currently drunk at STK,” JWoww announces at the very beginning of the clip, adding “I’m on, like, my fourth wine.” After panning around to show the others sitting around the table, including Sammi and Deena, JWoww reveals “Me, Sam and Deena are trying to make a Reunion happen.”

What about Snooki?! The four were all together earlier in the night, as evidenced by several photos and videos posted on social media. JWoww explains and shares some more details about the reunion talks:

Here’s a photo of the gals before Snooki left: 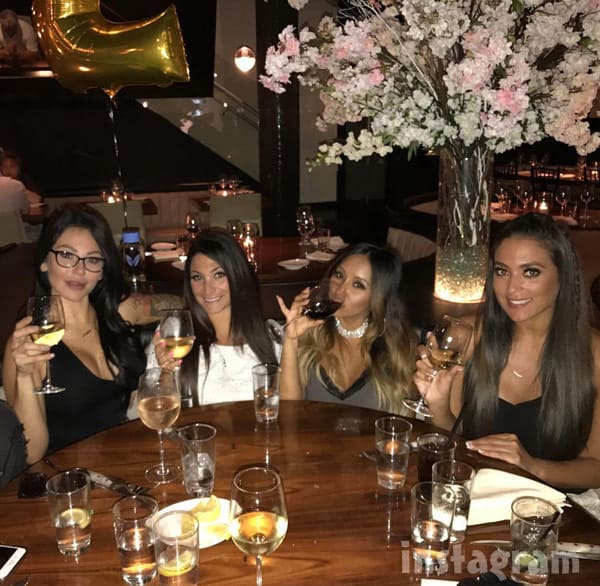 If you read our previous post, JWoww revealed that she has been texting Jersey Shore creator SallyAnn Salsano about a potential reunion, and the 31-year-old mother of two seemed to have a different idea about the concept: “I need to be in bed by 9PM,” JWoww said. “I have to take my family and don’t let me get white-girl wasted so I can’t find where my family is.”

Speaking of “white girl wasted,” how was JMomm able to whoop it up with the gals late into the night last night? “Roger put the babies to sleep and he told me to have a very good time with my girlfriends because I never get to see them so that’s what I’m doing,” JWoww explains. “I’m having a really good time. Very much so. There’s a lot of shots involved.” 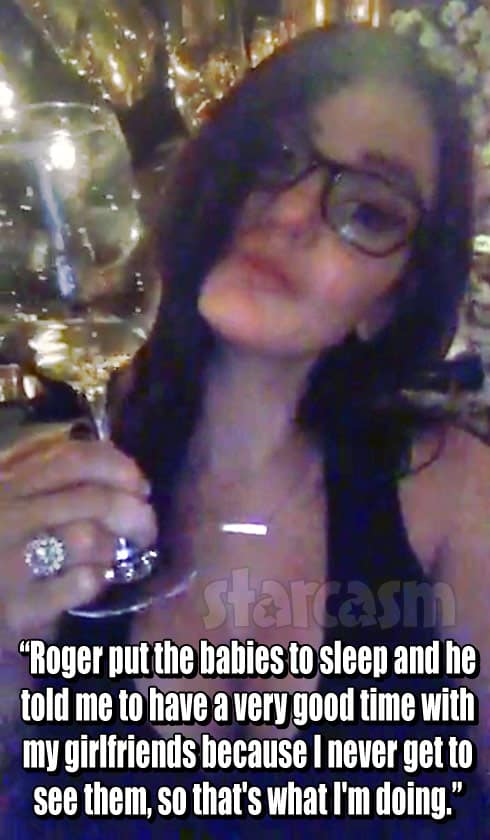 [Am I a bad person for being so nostalgic and absolutely LOVING me some tipsy JWoww? I love me some sober JWoww too, but she is soooo much fun and so contagiously joyful after a few drinks! On a positive note, I do prefer a more mature setting for having some drinks — like dinner at STK or perhaps sitting together on a balcony — rather than clubbing or stumbling around on the beach.]

In addition to talking about the reunion, JWoww also spilled the beans on a “secret” by revealing she is currently trying to get off work so she and Sammi can attend Deena’s bachelorette party! (That’s all the details she shared.)

I’m so thankful for smart phones and social media and JWoww and wine! 🙂 I’m just bummed that Snooki couldn’t stick around… I won’t even talk about my EEEEEEEKing out over a potential Jersey Shore reunion…