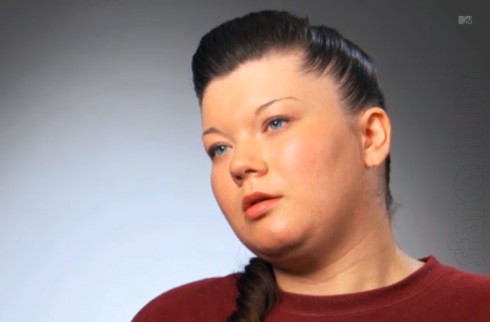 As we reported last week, MTV will be airing their “Amber Behind Bars” special next Tuesday featuring Dr. Drew interviewing Teen Mom Amber Portwood inside the Rockville Correctional Facility where she is currently serving a five-year sentence for felony drug possession. MTV has just released a preview clip from the special in which Amber talks about the fact that she has yet to have a visit from Gary Shirley or her daughter Leah.

For those of you unable to watch the clip, here’s the full transcript:

Dr. Drew: Who visits you now?
Amber Portwood: My mom.

Is she your only visitor?
Yeah.

How often do you talk to Gary?
Almost every day.

And is that really so you can talk to Leah?
Mainly, yeah.

So has Leah visited you here?
No.

So both Gary and Leah, no visits?
Hmmm mmm. [shakes her head]

How does that feel?
Like I don’t even matter — I never mattered.

There’s the anger again.
Yeah. Anger. He has my daughter.

Right.
And any time I get mad at him on the phone he hangs up on me. 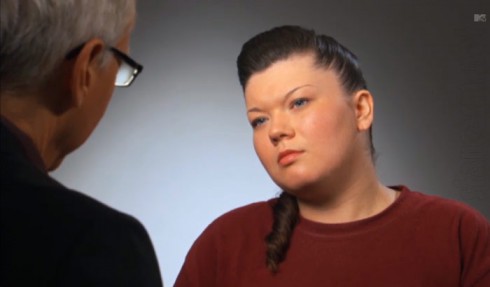 Does he have to see you? Can Leah just be brought in?
Leah can be brought in, but it all boils down to Gary, as the guardian, to sign the papers. I’ve sent him visitation papers twice. I think he’s trying to protect Leah too.

Right. This will be hard for her –
Yeah.

How do you think Leah understands all of this?
I don’t really think she understands at all, from what she says on the phone. “I miss you. When can I see you?” She actually said, “Can I come over to your house?” [Amber begins to tear up.] She doesn’t even know where I’m at.

“I’m in treatment. I’m going to get better.”
I told her that when I was in rehab. How many times can you say that to a kid and keep letting them down?

It’s not so important what you say, it’s important that she get a healthy mom back. 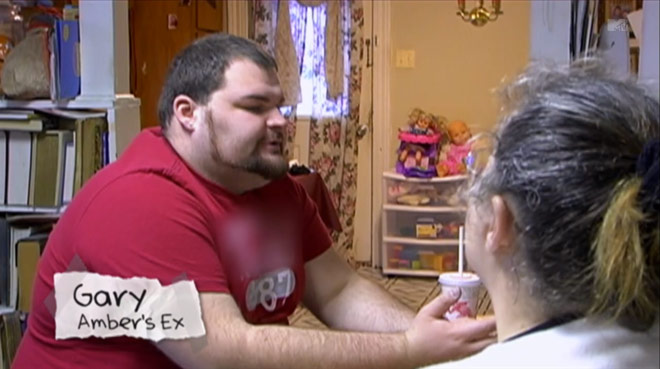 UPDATE – In an interview with In Touch (via Radar Online), Gary Shirley confirms most of what Amber says in the preview clip above. “I haven’t been able to say to her, that her ‘Mommy’s in jail,’” Shirley said of their daughter Leah. “When I tried to tell her, ‘Mommy’s in trouble,’ she got upset. So, I’ve said, ‘Mommy’s at work,’ or ‘Mommy’s on vacation.’”

“She actually said, ‘Can I come over to your house?’ I don’t really think Leah understands at all,” Gary continues.

Another reason Leah doesn’t know her mom’s in jail is, like Amber said, because Gary hasn’t filled out what he calls the “complicated” paperwork necessary to make that happen. Amber says she sent the paperwork to Gary twice, but to no avail. “I try to give him excuses,” she said. “In my head I say, ‘Maybe he just can’t handle it’ or ‘Maybe he doesn’t want Leah to cry.’”

And speaking of crying, Gary says he is having a difficult time dealing with being a single dad. “I’m doing the best I can,” he says before admitting the stress sometimes drives him to tears. “The last time I cried was two weeks ago. It’s so important to have help with Leah, and people aren’t always there. It’s very frustrating.”

As far as Leah learning about her mom being in prison, that’s something she will eventually find out — something Gary is fully aware of. “I’m sure one day Leah will see the show, or the kids at school will say stuff about us and she’ll find out everything that happened,” he says. “I hope she’ll see that when people are young, they make mistakes. I hope she can learn from ours.”