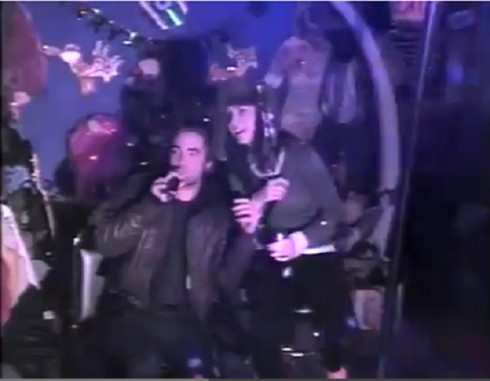 Don’t believe our title? Watch the video below, made in December of 2008. If you can remember that far-away time, it was long before either was a household name: Katy’s first hit single, “I Kissed a Girl” was released only a few months prior, and the first Twilight movie had only been in theaters for about a month. Oh, how young we were.

So, what makes Rob and Katy the best karaoke duo ever? Well, their song choice for one: Boyz II Men’s “I’ll Make Love to You.” Also, the fact that they are completely drunk and horrible.

These days, Rob and Katy are both pretty much at the top of their game—she just came out with her fourth studio album, Prism (and sounds much better than she does in this video, thankfully), and Robert continues to work overtime on a slew of post-Twilight projects.

Some observations: Rob is sooo polite, you guys. He stops to thank a waitress who brings him a drink in the middle of the song, and he offers his lap to Katy when she complains that her chair is “too high to make love.” And Katy seems like a really supportive pal, totally hiding her inner wincing while Rob unleashes his, um, soulful vocals in her ear.

Now. Who wants to hang with Rob and Katy? We do!