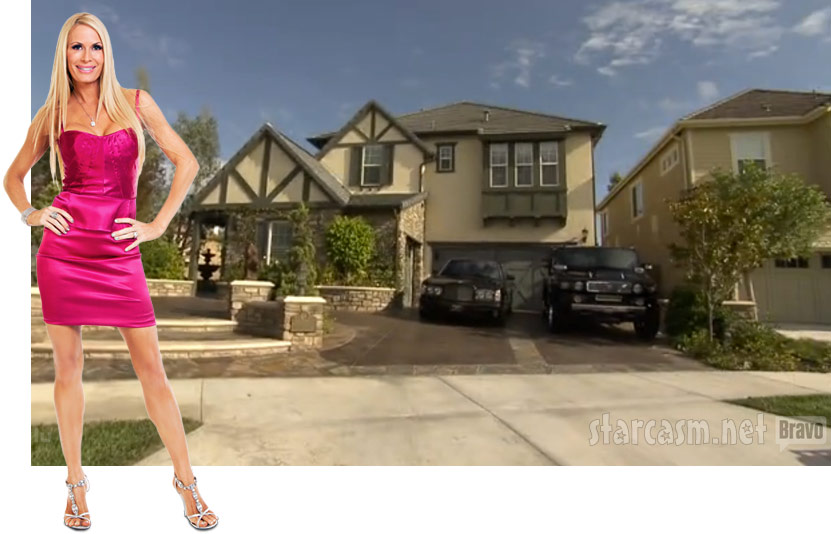 It didn’t take long for The Real Housewives of Orange County‘s Peggy Tanous (aka Peggy Tyler, aka Peggy Farney, aka Margaret Farney) to join current and former OC cast mates in the not-so-glamorous home foreclosure club! According to reports, Peggy and husband Micah Tanous are already having real estate issues before their inaugural season on the show has even completed its run.

But, that’s the way things go in Orange County! First you get on the show, then you lose your house, then you get divorced – not necessarily in that order.

According to Radar Online Peggy Tanous and Micah are battling with banks BAC Home Loans Servicing, U.S. Bank National and PNC Mortgage in a desperate attempt to keep their Irvine, California home. Peggy has filed a suit to prevent the foreclosure claiming she made a loan modification agreement which the banks are not honoring. According to her suit she reached a deal that would allow them to pay interest only for ten years and was surprised when the banks went ahead and filed a foreclosure notice in November.

“(Tanous) is determined to keep the property,” the lawsuit reads. “It is her family’s home, and she does not want to lose the Property in a foreclosure sale.”

Here is a video clip in which Peggy Tanous gives us a tour of her “crib” thanks to BravoTV.com:

Here’s a snapshot of of a ceiling mural the couple had painted to match one they saw while on their honeymoon at the Palace of Versailles: 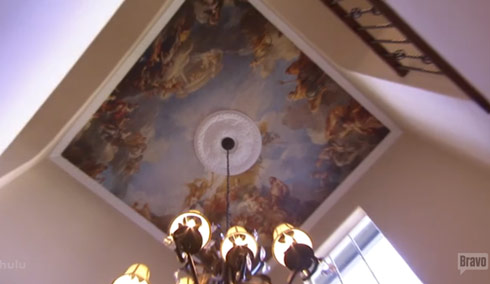 It seems the Tanous family, like so many others, were victims of the real estate bubble because they kept up payments for two years after paying $1,379,000 for the home in 2006. In addition to being unable to keep up with the house payments the Tanouses also stopped paying Orange County taxes, according to Radar Online. they reportedly worked out a similar payment plan for those expenses, which they are abiding by so far.

In her bio on Bravo it says this about Peggy:

Peggy is an odd mix between a holistic, new age woman and a wealthy Orange County party girl. She believes in clean, natural living, but loves her bling, Bentley, and plastic surgery.

Is it legal to work out payment plans for your taxes and mortgage and own a Bentley? Sounds like there needs to be a new proposition on the California ballot!

Why did Alexis Bellino return to The Real Housewives of Orange County for Season 8?