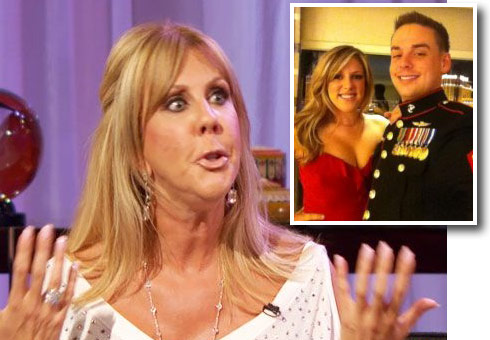 The Real Housewives of Orange County‘s Vicki Gunvalson has a little something extra to be thankful for this holiday season – a new son-in-law! Vicki’s daughter Briana Wolfsmith eloped in Las Vegas with fiance Ryan Culberson either Wednesday or Thursday!

According to Reality Tea, who broke the story yesterday, Ryan Culberson is “a military man and a North Carolina native” who recently divorced from his first wife at the end of 2010. Here is the online record of their marriage affidavit, which can only be acquired if they have already tied the knot: 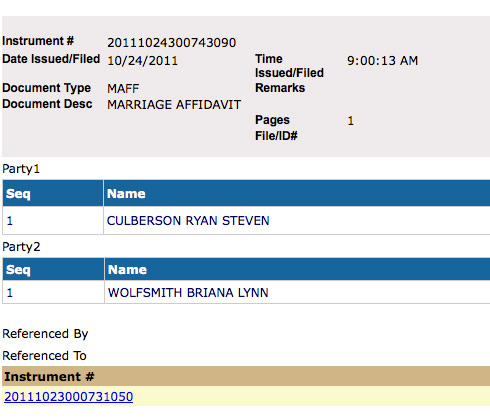 Vicki shared the news that the two were engaged via Twitter on November 3:

Congrats to Briana and Ryan! It should be real interesting to see how Vicki responds to the elopement next season. (Brianna has always seemed a little averse to sharing much of her personal life on the show, so it shouldn’t come as a major surprise to fans.)