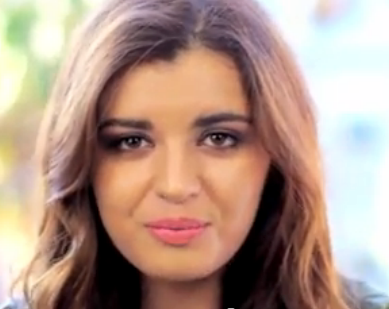 It’s been over two years since Rebecca Black assaulted our ears with the virulent hit “Friday,” and she’s finally redeeming herself by making charming covers of pop songs.

Rebecca’s latest cover is an acoustic collaboration with Jon D. of Miley Cyrus’ “We Can’t Stop,” and it’s really nice. It’s nice to hear the song without voice manipulation. She’s a long way away from her nasal days.

She had to drop out of school when “Friday” hit because the bullying at school was constant (the bullying online was even worse, but at least she could log off. It seems like that happened so long ago, and she’s still only 16.

It sounds like she’s been working hard on her singing, probably using some of the money she made off of “Friday,” to invest in vocal training.

Does Rebecca Black have a chance at a legitimate singing career?

This April Rebecca teamed up with Dave Days for a rendition of Rihanna’s “Stay.”