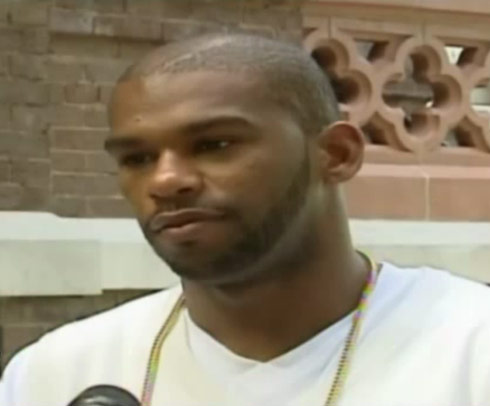 33-year-old Desmond Hatchett of Knoxville, TN has been knockin’ some serious boots and in the process has fathered 30 children with 11 different baby-mommas. His oldest is 14 while his youngest are merely toddlers.

Desmond appeared in court last week seeking a break in the child-support demands placed upon him by the law. Baby-daddy Desmond, who’s the apparent fathering record holder in Knox County, pleaded to the judge for some leniency because he’s struggling to make ends meet with his minimum wage job.

Currently, the state requires him to divvy up 50% of his earnings among these 11 women, some of whom receive as little as $1.49 a month.

Other than a complete lack of ability to purchase a condom or just abstain from gettin’ it on how did the pater familias come to have so many children? Well in 2009 the sperm donor said, “I had four kids in the same year. Twice.” And he added, that he was done having kids (at the time the count was at 21).

Melissa Gibson, an assistant supervisor with the Knox County child support clerk’s office, said with an audible sigh, “Yes, we’ve got several cases with Mr. Hatchett.” The thing to remember is that there’s nothing that can be done legally to keep Hatchett from ratcheting up the baby count. Gibson wished they could, “If there’s something out there like that, I’m unaware of it. It definitely needs to be.” She also could not say whether or not any of these 30 children receive public assistance.

Desmond claims to be able to name all 30 of his children and that he keeps up with their ages and birth dates.

Ladies of Knoxville, if you see the above man coming run for the hills! And to Mr. Hatchett I implore you to watch this:

Wait, I know how this man can help all of those kids. Give him a reality show!

Would you buy a $3 pregnancy test at a bar? You can soon in Minnesota!