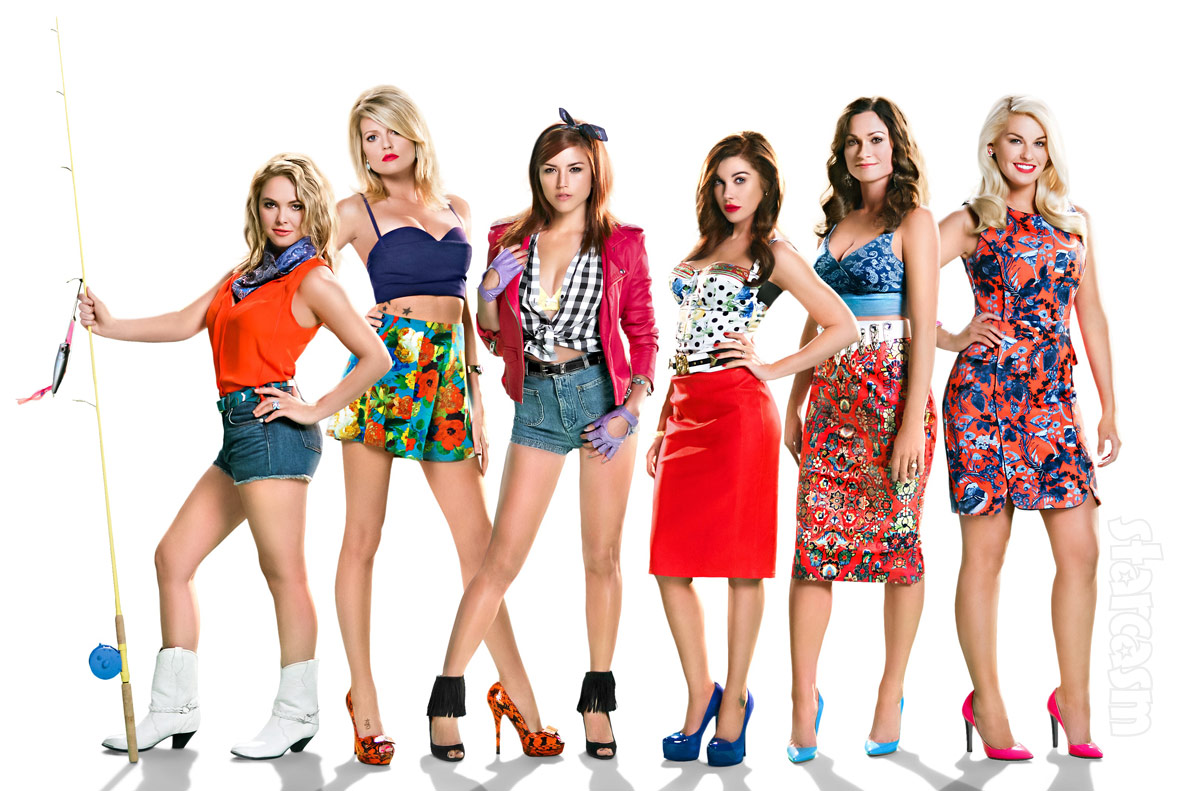 What happens when you mash up Buckwild with The Real Housewives? The answer looks to be VH1’s newest reality show venture Hot GRITS, which takes viewers waaaaaay down south to Valdosta, Georgia where the tea is sweet and the gals are even sweeter! The estrogencentric show stars seven young ladies who are easy on the eyes but hard to handle, with a range of interests that include everything from hunting raccoons to drift racing.

Last month VH1 announced Hot GRITS (which stands for Girls Raised In The South) will premiere Wednesday, March 25 at 8/7c, and a week later they released the first trailer:

Being no stranger to the alternate universe that is Southern Georgia (all I can say is they better have multiple scenes from Wild Adventures yo!!!) I took it upon myself to do a little research and track down some additional info on all the cast members, including their Twitter and Instagram accounts so you can go ahead and follow them now and brag later that you “knew them when.”

On an interesting side note, it appears as though these gals have been working on this project for at least a year and a half! Check out this promotional photo of the cast posted back in September, 2013: 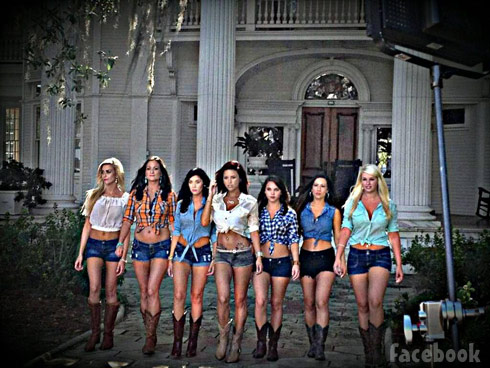 I think the lengthy production process bodes well because that means editors have a lot more footage to work with. But enough meaningless speculation! Here are photos and full names as well as Twitter and Instagram account links for all of the Hot GRITS cast members arranged alphabetically by the first name (or nickname) used on the show. (It should be pointed out that Jennifer doesn’t have one of the official cast portraits from the same shoot as the others, possibly because she was pregnant and/or giving birth at the time. She was pregnant in 2014 and looks to have given birth some time last fall.) 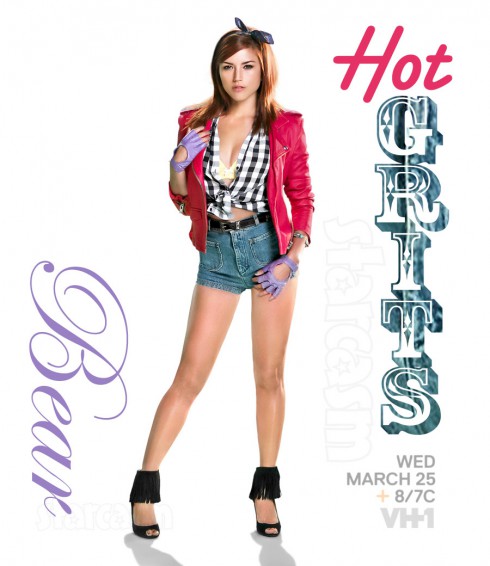 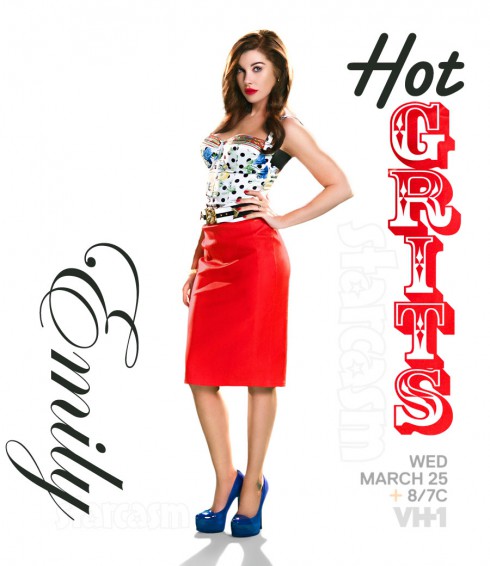 EMILY
Full name: Emily Carroll
Twitter ID: @emileenicole101
Instagram ID: @emilynicole101
VH1 bio quote: Emily likes nice things. From having the newest car to drive to the hottest guy in town on her arm, Emily presents herself as high class. But this attitude doesn’t always win her many friends. 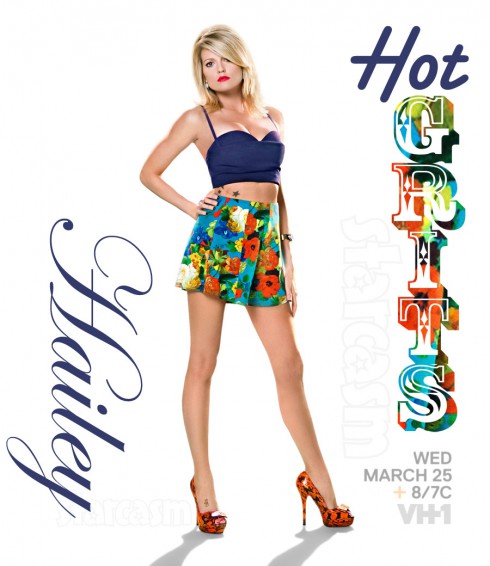 HAILEY
Full name: Hailey Waller
Twitter ID: @waller_hailey
Instagram ID: @hdwaller
VH1 bio quote: Hailey is a foul-mouthed girl who enjoys modeling and partying. And while she is a small town girl, Hailey is anything but “country.” Like her best friends, Emily and Jennifer, Hailey won’t leave the house looking anything less than her best. 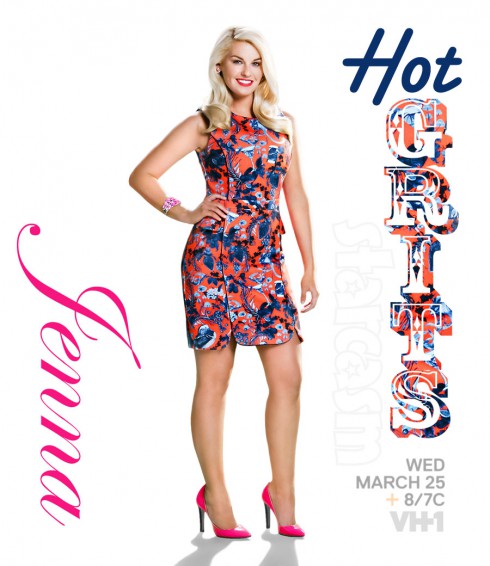 JENNA
Full name: Jenna Lee Tatum
Twitter ID: @jennatatum10
Instagram ID: @jennatatum10
VH1 bio quote: Jenna is just as comfortable out at the firing range as she is dressed up for a night out with the girls. Although she does her best to play nice with those around her, she’s got no problem mixing it up or talking trash if another girl gets in her way. 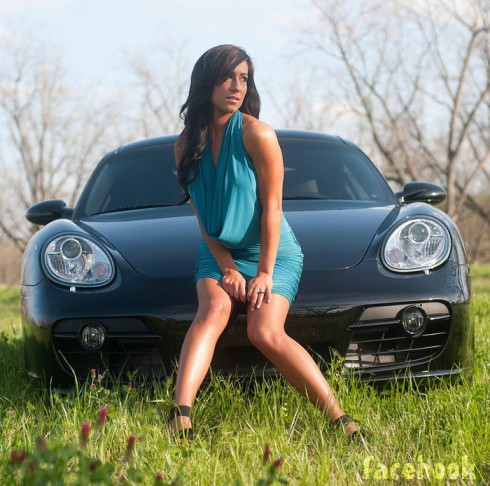 JENNIFER
Full name: Jennifer Jenkins
Twitter ID: @jnjenkins85
Instagram ID: @jnjenkins85
VH1 bio quote: Jennifer is the mother hen of the group. Although she holds herself above the petty problems and arguments of the other girls, she’s quick to insert herself into a situation if need be. Jennifer’s pregnancy keeps her out from some of the crazier nights of partying but it also keeps her out of the way of any feuds with the other girls. 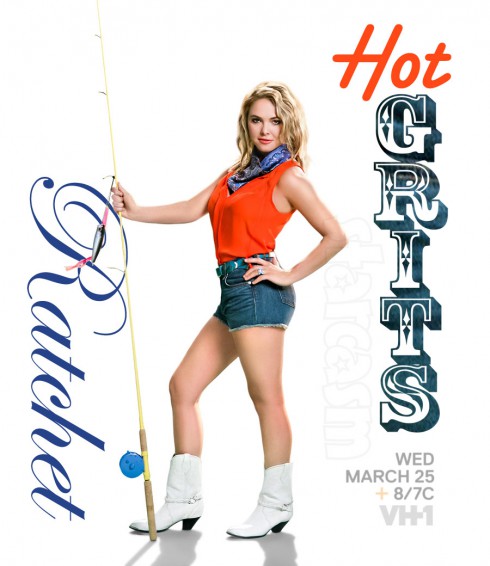 RATCHET
Real name: Chelsey Partain
Twitter ID: @cspec91
Instagram ID: @cepartain
VH1 bio quote: Ratchet is a true girl raised in the South. She loves fishing and getting her hands dirty. And when she’s not outside, you can find down at the local bar. Despite her reputation, though, Ratchet’s everybody’s best friend and manages to keep herself out of the girl drama all around her. 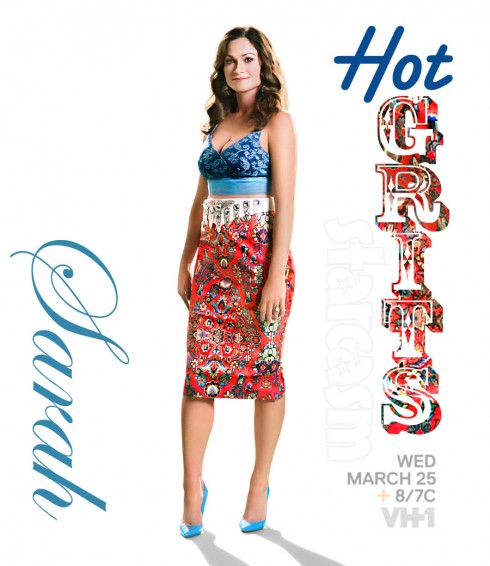 SARAH
Full name: Sarah J.R. Hernandez
Twitter ID: @bellama30
Instagram ID: @sarahjr7
VH1 bio quote: Sarah’s got problems…and it seems that whenever one problem goes away – like kicking her ex out of her house – other problems seem to surface. Her lively spirit and love for her friends is great but Sarah’s impulsive behavior and inability to think before speaking or acting make her ground-zero for drama among the other girls.

Hot GRITS premieres Wednesday, March 25 at 8/7c on VH1. You can keep up with the show on Twitter and Facebook.