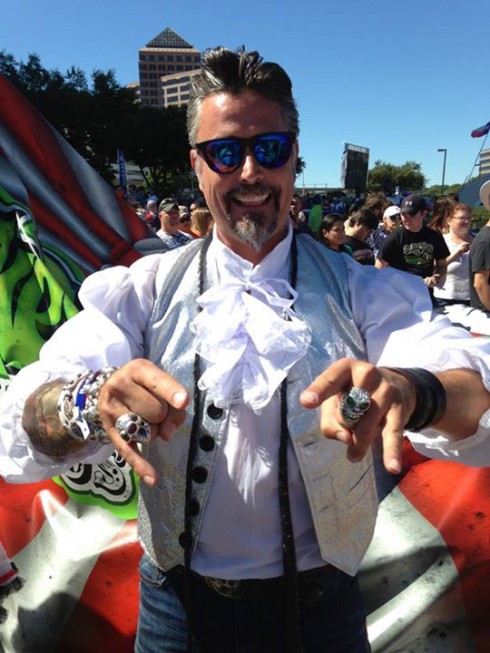 Saturday was the first ever national Red Bull flugtag event in which teams from all across America competed in five different cities to take home the top honor. What is flugtag you ask? Basically it’s a homemade bed race in which the bed (and one aspiring pilot) get pushed off a dock by teammates, at which point he or she tries to extend the 30-foot drop to the water below as long as possible. In other words, fly.

Though how far the contraptions “fly” is integral to taking home the first place trophy, the event isn’t so much about the bling as it is the spectacle. Falling is an art form as old as gravity itself, and to perfect the art requires a great deal of audacity, recklessness, and flair — which are all things I’m sure you will agree the fellers (and superbabe) of Fast N’ Loud‘s Gas Monkey Garage have in spades.

So of course the gas monkeys couldn’t pass up the opportunity to have Aaron Kaufman fall into Lake Carolyn as spectacularly as possible, so they were on hand to compete at the Dallas/Fort Worth event, which drew more than 92,000 spectators!

The Gas monkey Garage went with a “Flying Circus” theme, and as such, they were dressed up in some fitting (or not so fitting) circus costumes: 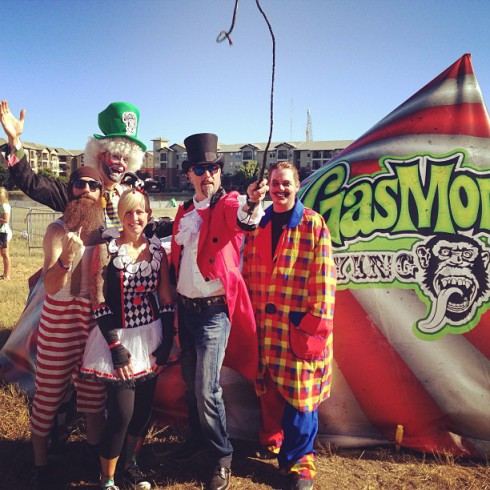 As on the show, Richard Rawlings took on the role of ringleader with what I would estimate to be about a 75-gallon top hat, bright red jacket and a whip. Actually, with the whip, I’m starting to think perhaps he’s an animal trainer? That seems to fit perfectly too. 🙂 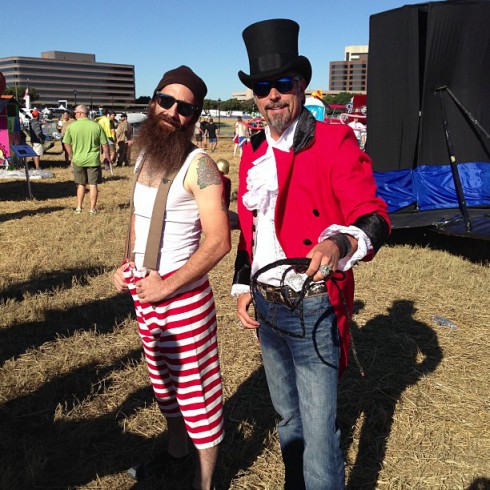 Office manager Christie Brimberry was appropriately the Queen of Hearts (at least that’s how I see it) with gas monkeys KC Mathieu and Jason Ellis decked out (once again, appropriately enough) as clowns. 😉 The team’s pilot, Aaron Kaufman, appeared to be the only inappropriately costumed gas monkey as he adorned himself in what looked to be circus strongman attire. (One instagram commenter insightfully pointed out he sort of resembled Popeye in his swimsuit too.) 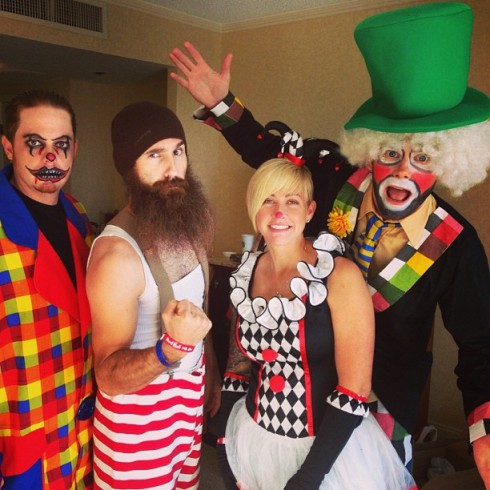 The crew also apparently printed up some rather rad t-shirts. I’ll let Christie show you: 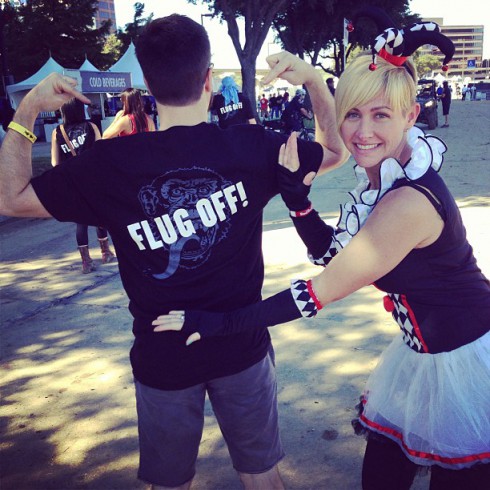 In the end, the Flying Circus was essentially a hang glider on a thin metal frame soapbox racer, which with the gravity-friendly Aaron piloting, seemed like a great and potentially winning combination! So how did they do? Here’s a video of their foray into flight:

“Oh-ohhh!” The announcer exclaims at the end of the clip, “It looked like it had so much chance to take off. What happened there at the end?” And then a guy (I’m not sure who) pretty much nails the answer. “Uhhhhhh. I’m no, uh, aviation expert, but that thing just plummeted. Nose dive.”

I don’t know about you, but I’m thinking that perhaps there were some serious aerodynamics issues with Aaron’s chin broom — that’s a lot of drag! 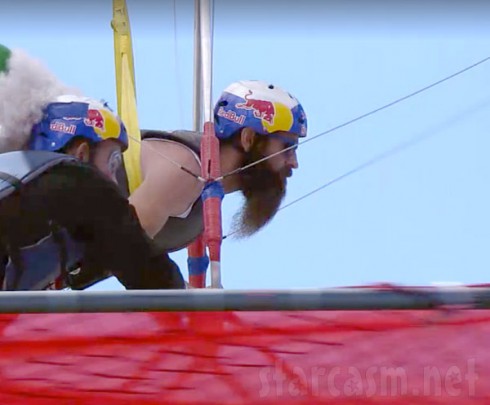 The official final flying distance was 9 feet, which was good enough to get them, um, none place. BUT, the Fast N’ Loud crew did take home perhaps the most coveted prize at the event by walking away with the Dallas/Ft. Worth Red Bull Flugtag People’s Choice trophy by garnering more than 17,700 votes from fans!

The GMG flugtag team offered up their humble acceptance speech on Facebook as well as another great photo of Richard looking flugtagstic: 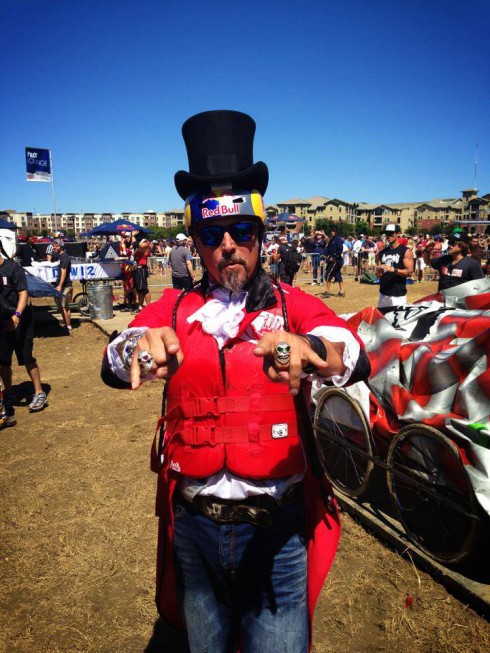 Had such a badass time at Red Bull Flugtag today! And thanks to your votes, we won the People’s Choice award!! We definitely didn’t fly the farthest, but we had a hell of a good time out here and we got to meet a TON of fans. Looking forward to the after party at Gas Monkey Bar N Grill! #flugtag

Just in case you were curious, here are the final results and standings from the 2013 Red Bull flugtag event in Dallas/Ft. Worth:

Congratulations to the GMG team for their victory, and for not seriously injuring Aaron! Be sure to catch the guys and Miss Brimberry doing what they do best, which is working on vehicles that stay on the ground, on Fast N’ Loud with new episodes every Monday night at 9/8 on Discovery!

We’ll leave you with a video of the crew doing a little of the flugtango: