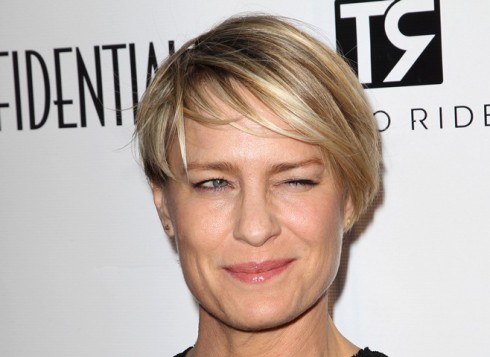 The late winter / early spring television season is shaping up to be quite a delightful one for Netflix subscribers. First came the news that the streaming service had snagged Unbreakable Kimmy Schmidt, Tina Fey’s newest creation, and would debut it in March. Now, the company drops the big one: House of Cards is back.

February 27th, 2015 is the day for President Underwood’s return. That’s a Friday, for those of you keeping score at home. The good people at Netflix have the good sense to debut their best stuff at the start of a long weekend in the dead of winter.

Check out the first (and very, very brief) teaser trailer below:

A special message from the White House. https://t.co/YxFcHfA5qy

That little clip has 27,000 retweets in under 24 hours. We’re guessing there might be some anticipation for the upcoming season.

The season two debut set records–at the time–for Netflix binging. Over half-a-million subscribers had finished the entire season by the end of the premiere weekend. Think you’ll be among the rib-chomping hordes this coming February? Are you excited to see what devious machinations F.U. is capable of? Or has the show, by launching into Presidential territory, jumped the proverbial shark?

The Bill Murray Christmas Special is coming to Netflix, and it sounds as goofy as you’d expect