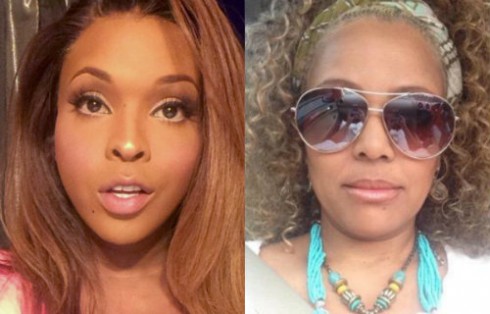 A source told E! News — which is owned by NBC Universal, as is Bravo — Kim was named an official housewife right off the bat. She filmed with her new co-stars for the first time last night at an event for Kenya Moore’s hair care line. There reportedly wasn’t any immediate drama, but the insider expected Kim to clash with some of the other housewives because she is more religious and conservative.

Kim, 46, starred at Tootie on The Facts of Life from 1979 until 1988. She then attended Pepperdine University before returning to acting with a role on Living Single from 1993 until 1998. She has been married to Broadway actor Christopher Morgan since 2007. They have two sons together.

In addition to Kim, model Amiyah Scott is filming scenes for the new season — although she hasn’t been offered a full-time role yet.

“Amiya is a friend of Kenya’s,” an insider said, explaining Amiyah also filmed at Kenya’s event last night. “Other than that, she’s having conversations with production. Talks are happening but it’s too soon to say what will come of it.”

Amiyah, now 27, was raised as Arthur in New Orleans. She is an award-winning ballroom dancer who now works as a model.

Kim and Amiyah are helping replace the voids left by NeNe and Claudia Jordan. Bravo did not have any comment on casting reports.