A Wilmington, North Carolina police officer has been cleared of criminal wrongdoing by a grand jury after a dashboard video revealed that he lifted up and pushed his K9 partner through the driver’s side window of a suspect’s incapacitated vehicle.

“Habitual felon” Johnnie Lamont Williams fled a DWI checkpoint on Halloween night leading police officers on a chase. A Brunswick County Sheriff’s Office patrol car can be seen ramming the vehicle, ending the 13-minute pursuit. As Williams puts his hands up, Officer Stafford Brister is seen approaching his vehicle with his K9 partner Kass in his arms. He then lifts up Kass and shoves the animal through the window.

Officers eventually busted out the passenger side window and removed the dog and Williams from the wrecked vehicle. Williams was taken to an area hospital where he was treated with wounds to his face and shoulder.

“I believe that it was a close enough legal question that the community should get to decide that the use of force was reasonable and that I would not rule it a matter of law that it was… Use of force could be called into question by reasonable people looking at it.”

Officer Brister (seen below in a photograph from APCA) was facing a misdemeanor charge of assault inflicting serious injury and has been placed on administrative leave since the incident. Wilmington Police Department Chief Ralph Evangelous told StarNews that Brister will remain on paid leave until an internal investigation is completed. 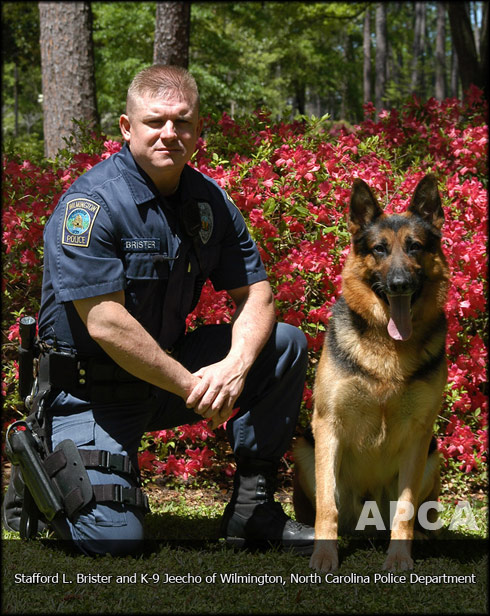 A separate grand jury did bring up charges against Williams including, “assault with a deadly weapon on a government official, being a habitual felon and traffic violations.”

OK Cupid is experimenting on and lying to some of its users, says “That’s how websites work”

PHOTOS Tabloid covers for the week of December 20, 2010