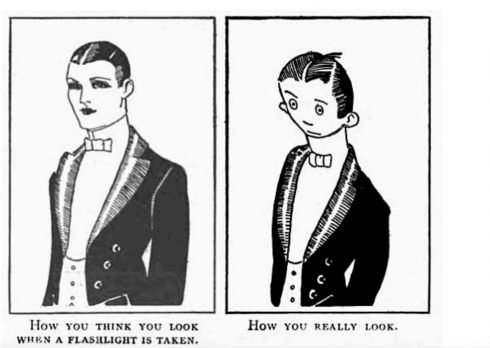 This relatable illustration is floating around Twitter as the world’s first meme. It was published almost a hundred years ago in Judge, a satire magazine that ran from 1881 to 1947.

The basic humor and layout of the joke lives on today and is shared in a split second between billions of digitally connected humans: We often have an ideal in our heads of how we appear that is shattered when we get photographed proof of how we really appear. We love a good laugh at similar memes with the theme of “how we think we look vs. how we actually look” or “expectations vs. reality.” 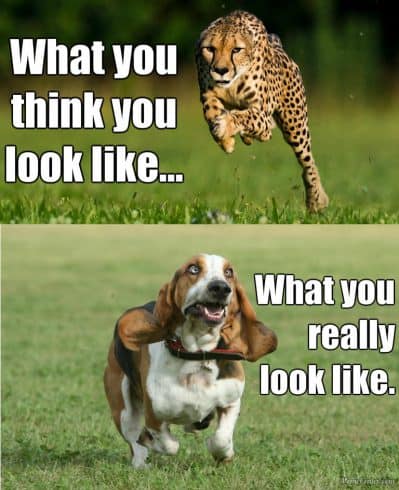 In the age of carefully controlled digital selfies enhanced by angles and filters most of us are constantly trying to control our captured images. Even when we look in the mirror we can adjust our posture, angles and lighting to further suit our sense of self-image. In 1921, you were at the mercy of the photographer and reality.

The word meme actually started with the 1976 Richard Dawkins book The Selfish Gene. It was introduced as a way to explain how cultural information spreads. In 1993 journalist Mike Godwin introduced the idea of the Internet meme. Internet memes are usually images, but could be a video, catchphrase, intentional misspelling, activity (dabbing,) or a concept. The way this information and behavior spreads is part of humanity; the Internet just heightens the spread of meme from brain to brain.