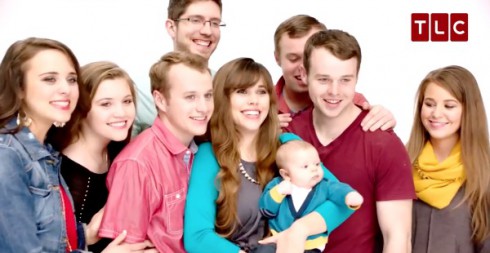 After a successful limited run last year, TLC announced today a full new Jill & Jessa: Counting On season will premiere on March 15. And, despite the title, it doesn’t appear the show will concentrate solely on the Dillard and Seewald families.

In the preview for the new season, it essentially seems to be a 19 Kids and Counting reboot — minus controversial players Jim Bob, Michelle and Josh Duggar. The trailer most prominently features new mom Jessa Seewald, while Jill Dillard’s limited presence could be explained by her continued mission work in Central America. The other oldest Duggar children fill in, which is a smart move on TLC’s part as there is always a lot of interest about the unmarried, adult Duggars.

After TLC made the announcement, the Duggars added on their blog: “Dear Friends, We are excited to share the news below with you regarding a new series on TLC. We love being on this journey of life with each of you and look forward to the unfolding future together. We continue to pray for all of you and are excited about this new opportunity!”

After a year of ups and downs, the Duggar family is on its way to finding a new normal. TLC follows the lives of the older children as they celebrate some of life’s milestone moments, including big moves, the realities of growing up and raising their own families in the new series JILL AND JESSA: COUNTING ON, premiering Tuesday, March 15th at 9/8c.

Jessa and Ben are adjusting to life with baby Spurgeon, while Jill and Derick continue their mission work in Central America. Jana, Jinger, Joy Anna, John David, Josiah and Joseph continue to explore their own talents and passions, and the sisters take a much needed girls’ trip with sister-in-law Anna. JILL AND JESSA: COUNTING ON follows these older Duggars as they experience the growing pains of additional responsibility and figuring out adulthood for themselves.

Jana Duggar, who was reportedly going to be the focus of a new show, didn’t have a speaking role in the preview. A tearful Joy-Anna Duggar, 18, did, saying, “Through all our family’s gone through, I’ve grown up a lot.”

Predictably, the reaction to the news the Duggars are returning to TLC for the long haul has been mixed. “Oh, Goody…Incest, Homophobia, & Hypocrisy,” one person commented on Twitter. But the family has received a lot of support from their Facebook fans, with many echoing this comment: “Yay! And to all the naysayers. Don’t watch it if you don’t like it. But I for one am excited!”

Jill Dillard and Derick Dillard reveal the sex of their baby