The return of the Duggar family to TLC in the form of the new series Jill & Jessa: Counting On appeared to be a huge success for the network as the ratings have nearly equaled that of its predecessor before its cancellation last year. But, those huge numbers may not equate to success for TLC as a very long list of recognizable brands are pulling their advertisements from the show due to customer outrage.

Among the companies who are withdrawing their advertising dollars from the show are Wrigley, Choice Hotels, Mattress Firm, Verizon Wireless, and UPS.

The Duggars were once a prime target for companies wanting to advertise on a family-friendly program, but after the Josh Duggar scandal(s), being associated with the 19 Kids & Counting family risks sending a different message altogether to consumers. “Cici’s prides itself on being a family-friendly restaurant,” a rep for the pizza chain said in response to their ad being shown during Jill & Jessa: Counting On. “We recently made a large advertising buy on cable television that spanned several networks but did not target any particular program. When we learned one of our ads was placed adjacent to controversial programming, we took immediate action to stop it.” 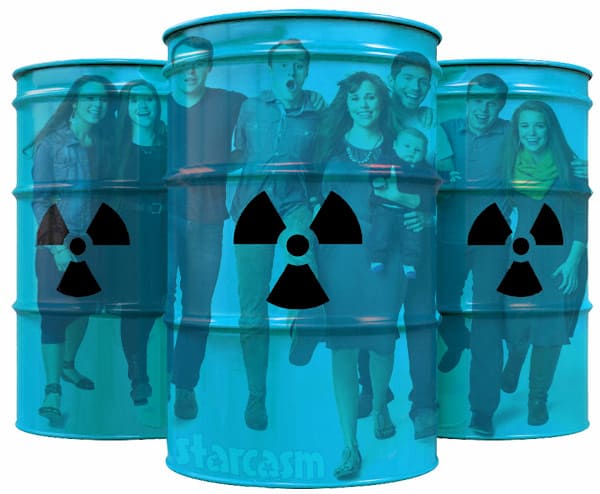 Mattress Firm’s director of communications, Casey Zuber, echoed the sentiments of Cici’s and Wrigley. “After learning that we had two ads run during the premiere of the new TLC show Jill & Jessa: Counting On, we have instructed TLC not to air any future paid units during this show,” said Zuber.

In Touch has compiled a rather extensive list of those companies who have pulled advertising from the show, with quotes from the companies’ reps when available. The list includes the companies quoted above plus:

Despite what seems like a pretty substantial list, TLC General Manager Nancy Daniels remains positive. “At the end of the day we have millions and millions of young loyal viewers who support the [Duggar] girls,” she said, adding that she believed the people against the show are a small but vocal group.

The announcement that advertisers are bailing on Jill and Jessa: Counting On has sparked a bit of a debate online, with some arguing that Jill and Jessa were the victims of Josh (who is not included on the show at all), so why should they be chastised or punished? The counter argument is against Jim Bob and Michelle (who are featured on the show, albeit in a rather limited role so far), who covered up Josh’s history. Some examples of comments from the Fox News post:

These girls were the victims. Will these companies now fire female employees who were molested as children?

I think Wrigley, Choice Hotels, and UPS will lose customers due to their responses. They’re publicly judging the victims. How low can they go?

I think anyone that has kids and is appalled by child molestation or the coverup of molestation will applaud these companies.

The parents cover up of their TWISTED SON, shouldn’t effect the daughters. If they are trying to move on with their lives LET THEM BE!!! they were children when this TWISTED stuff happened, and the parents did what they THOUGHT was right ( which it wasn’t as he is still TWISTED), but don’t blame the girls let them live.

The parents are twisted, their logic is twisted, and the children are twisted. None of them are worthy of people’s admiration.

yeah blast these two fine women, but continue to air The Kardashanothings on cable…..makes sense to me

The media and public are completely missing *why* promoting this family is so dangerous. Please research Bill Gothard, Institute in Basic Life Principles, and Advanced Training Institute. It is a cult masquerading as Conservative Christianity. Take any time at all looking into it and you will see a wake of ruined families, protected pedophiles, victim blaming (and a whole host of other issues), masquerading as happy, shiny, outwardly perfect, “godly” families. For every Duggar and Bates family they push into the limelight, they’re hiding large, quiver-full families living in trailers below the poverty level, courtesy of works-based religion. Please quit with the straw men and put the focus on the real problem..

How can somebody be offended and mad at UPS for having a commercial during the show if they were not watching the show to see the commercial.

Lots of good points on both sides!

REPORT Is Derick Dillard cheating on his wife?