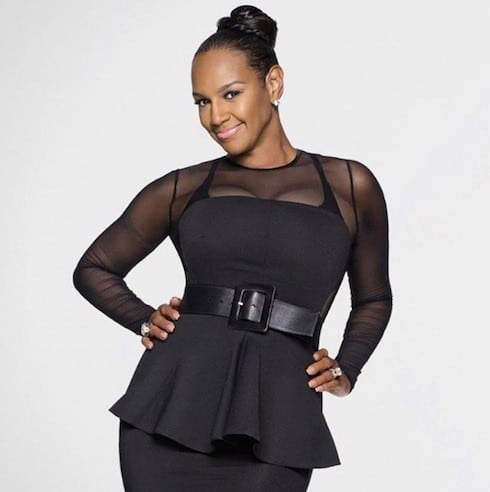 Is Jackie Christie leaving Basketball Wives LA? Though the five-season veteran of the hit VH1 reality franchise hasn’t made an official announcement, a social media update earlier this week left her fans confused and fearing the worst. Compounding matters was the fact that Jackie has also been teasing two upcoming feature films, which only sped speculation about her intentions post-BBWLA Season 5.

First up, here’s Jackie’s now-infamous Instagram update, which appears to have convinced most everyone who saw it that it’s her farewell from the show. Note, however, that Jackie never actually says she intends to leave; only her tone conveys a sense of departure:

? Hey Loves thank you for Riding with me for so long! & for the Past 5 seasons of #bbwla @vh1 I know there's been plenty of ups & downs on the show but through it all Yall remain here loving & hating but supporting all the same… And lastly stay tuned its a whole lot of season 5 to go!! #lovemynetworkandshedfamily ?Next #Bbwla5 on #VH1 is tomorrow SUNDAY September 11th 2016 at 8 pm ET ✨???????☕️?? #OneLove

If you, too, are confused, browse through the photo’s many comments and find solidarity: there is a sizeable minority of folks who don’t know exactly what it is that Jackie’s saying.

One thing we know for sure, though, is her intention to branch out into feature films–both behind and in front of the lens. Shortly after the above Instagram update shocked many of her fans, Jackie doubled down on the uncertainty by sharing the trailer for the upcoming film No Regrets, on which she served as an excutive producer:

And that wasn’t all. Jackie further revealed that she’s set to star in a yet-unnamed film. If she wants to depart Basketball Wives LA before Season 6 starts filming, it sounds like Jackie has plenty of work:

Blake Shelton and Gwen Stefani are ‘finally ready’ to get married, but there’s a catch