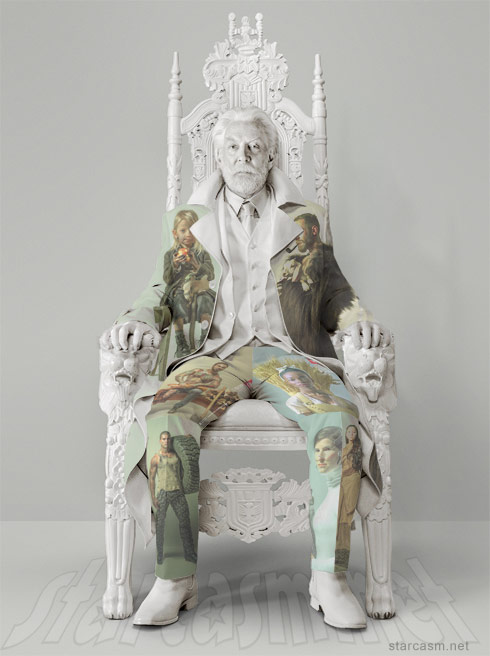 We have the first preview teaser trailer for the much-anticipated blockbuster sequel, The Hunger Games: Mockingjay Part 1, and it comes in the form of a rather chilling Panem address from President Coriolanus Snow himself. But, Snow is not alone…

“Since the dark days, our great nation has known only peace,” Sutherland’s white-haired eminence says. “Ours is an elegant system, conceived to nourish and protect,” he adds as seemingly calming and positive terms such as “unity” and “prosperity” are displayed.

“Your districts are the body. The capital is the beating heart. Your hard work feeds us, and in return, we feed and protect you,” Snow metaphorizes. (That’s a real word in Panem.)

Then the subtly sinister address gets a little less subtle. “But if you resist the system, you starve yourself. If you fight against it, it is you who will bleed.”

At this point the camera pans out to reveal the person standing beside Snow during the address is kidnapped Hunger Games victor Peeta Mellark (played by Josh Hutcherson)! 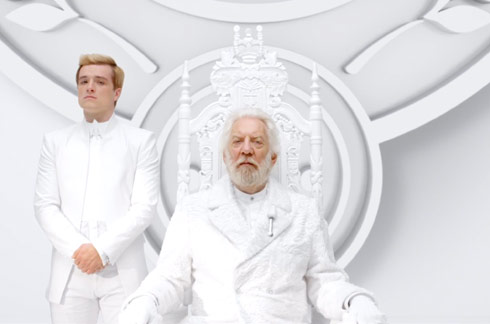 Snow continues: “I know you will stand with me. With us. With all of us. Together. As one.”

In addition to the preview clip being released today, over the past week Lionsgate has also released some eye-popping propaganda character posters for seven of the districts of Panem. Here they are — click to enlarge to super-Panemdemic proportions! 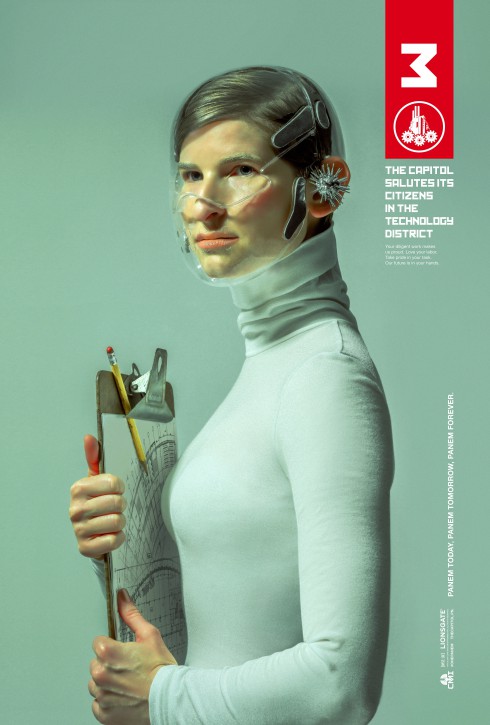 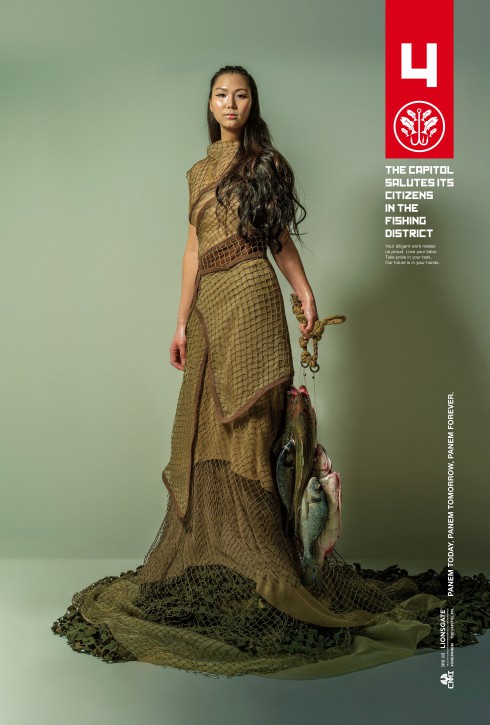 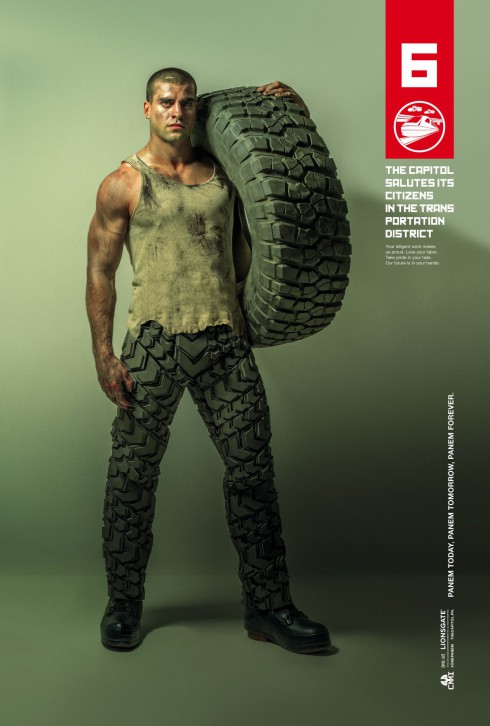 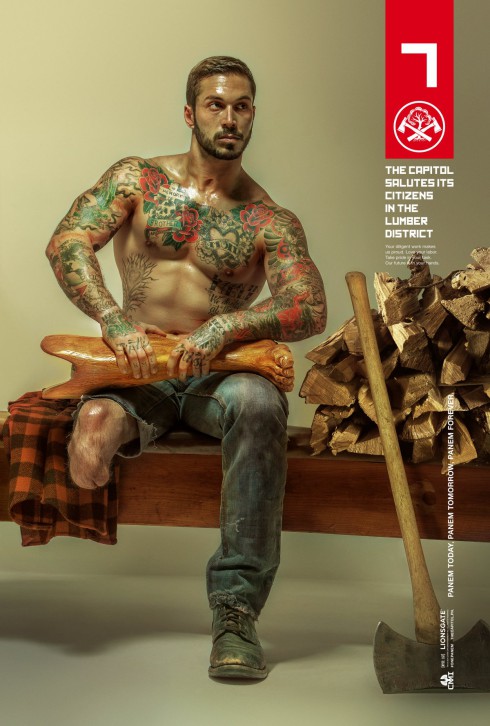 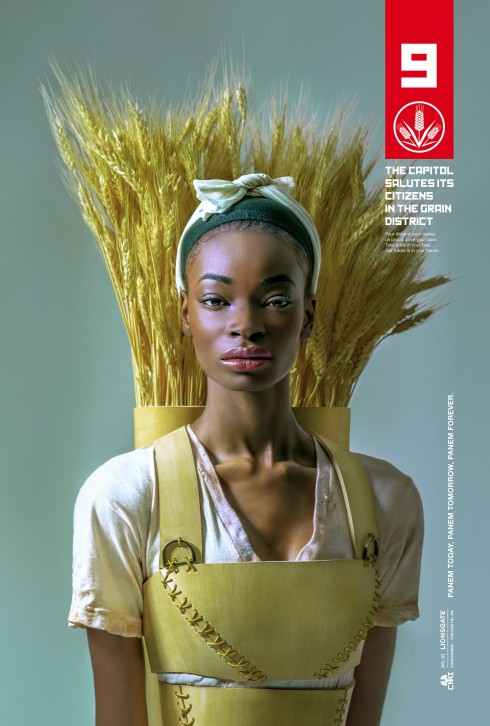 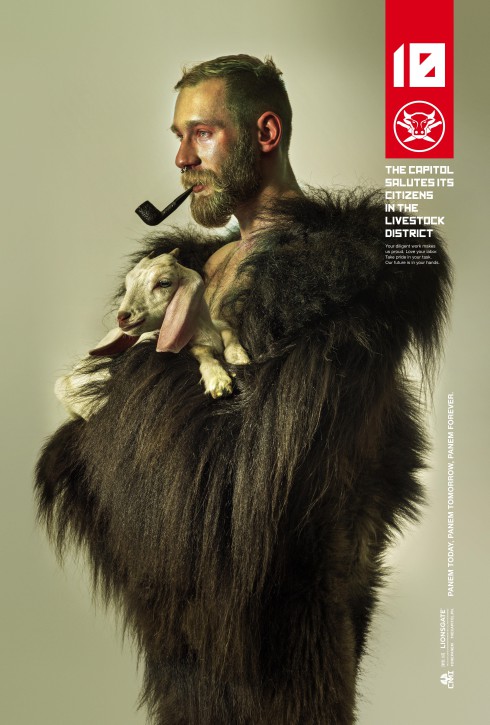 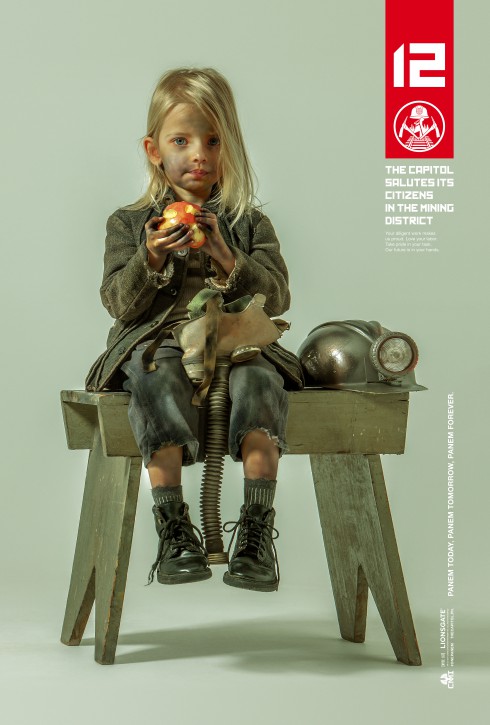 You have the chance to meet Hunger Games Stars at your local mall!