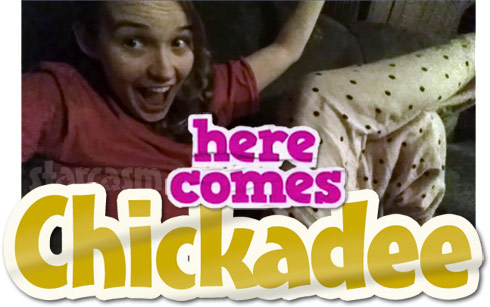 There have been numerous rumors swirling that former Here Comes Honey Boo Boo star Anna “Chickadee” Cardwell is trying to get her own reality show, and the 20-year-old mom appears to be testing the waters by posting video blogs on Youtube. So far she has uploaded two videos and tackled subjects including the struggles of being a teen mom, her reported reality show, having a second child, and how the birth father of her daughter Kaitlyn is doing.

Anna kicks off the clip introducing herself for those who might not be all that familiar with who she is. “I’m married. I have a daughter,” She says, before revealing that a second baby might be on the way soon! “We may be talking about another one. Maybe. We’ll see.”

The first subject she tackles is something that apparently comes up often, so she wanted to get it out of the way early. And judging from what she says, we won’t be hearing anything else about it any time soon! 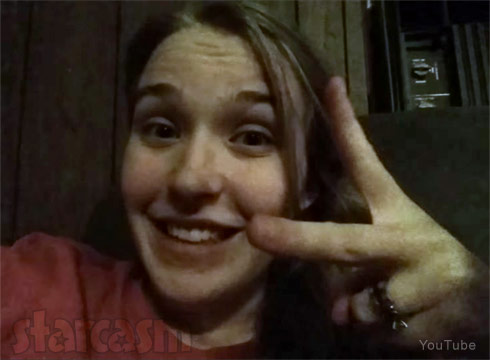 In case you missed it, Kaitlyn’s birth father is reportedly Anna’s ex Caleb Clark. He spoke with the National Enquirer not long after Kaitlyn was born in 2012, revealing that he wanted to gain custody of her but Anna refused to allow a paternity test. “In my heart, I am still sure that baby is mine,” Caleb said at the time. “My dad walked out on me and my mom when I was a baby and I was adopted (by his stepfather).” He added, “I don’t want her to be one of those people whose mommy tells them, ‘Your daddy wasn’t there for you.'” Anna appears to be in a stable relationship with her current husband Michael, so that does not appear to be an issue.

Now, back to Anna. “Somebody asked me would I rather have the normal life or the fame life,” she says, after leaving the subject o Kaitlyn’s real dad behind. “I’d rather have both because fame life is fun,’ she reveals. “You get to go traveling and meet new people and do a lot of things. Normal life, you just stay at home and you look what I look like in my PJs. In my PJs all the time, which is great! And nobody really judges you for staying at home.”

Those are the positives. What are the negatives of fame? “A downside of being famous is dealing with the paparazzi and negative fans, which I’ve been having lately, which they’re kinda getting on my nerves. But I don’t let it bother me.”

And what about all those rumors about a spin-off? “Everybody wants us to have our own show,” she says, then adds, “hopefully one day it will happen. Maybe, you never know.”

She concludes the clip by sharing what fans can expect in upcoming videos, which is apparently a whole series of challenges including the chubby buddy challenge, the pizza challenge, and the touch my body challenge. She is also planning on discussing the “positive and negative” about other celebrities as well as offering up her take on other current events.

On to Episode 2 from the following day with a clip that features Chickadee’s chickens, mysterious smoke, and some wet hair:

This clip features Anna defending herself against the grammar police as she warns that those who live in glass houses shouldn’t throw bricks — or something along those lines. That segues into Anna revealing that she hasn’t graduated from high school yet, although it wasn’t the English portion of the equivalency test that was giving her problems, it was math. She says that obtaining her GED is still a top priority.

So what do you think? Does Anna have spin-off potential? Would you tune if for Here Comes Chickadee? (Perhaps you should withhold judgement until little Kaitlyn gets some screen time. 🙂 Stay tuned because Anna says we will be seeing Kaitlyn soon!

Meanwhile, feel free to get in touch with Anna and let her know what you’d like her to talk about:

Throw some ideas out there