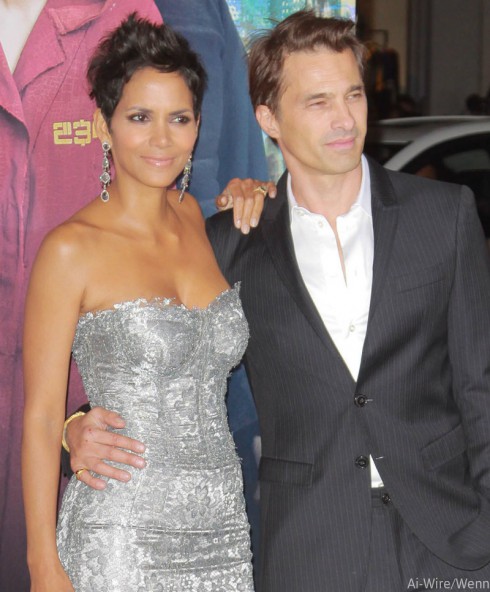 After fueling split speculation by going without her wedding ring to an Academy Award party in early March, Halle Berry now seems to be backtracking.

Speaking to Extra about husband Olivier Martinez, Halle said she falls in love with him all over again whenever she watches his episodes of Revenge.

“I’m very, very proud of him,” Halle said. “[The show] is kind of delicious… And I think he’s delicious.”

Still, it will likely take more than a comment about the tastiness of her husband to quell split rumors — considering they haven’t been pictured together this year and are reportedly living separately.

Either way, Halle seems content with everything else in her life. The mother-of-two said she also feels blessed to have welcomed a healthy baby boy at the age of 47.

“I just feel great because I have another baby,” she said. “I never thought that at my stage in life another baby — and a baby boy — was coming to me, so yeah, I’m blessed.”

“It’s like one of her doll babies came alive. She gets to take care of him, feed him, change his diapers, play with him, dress him up in different clothes like five times a day because she can, so she loves it.”