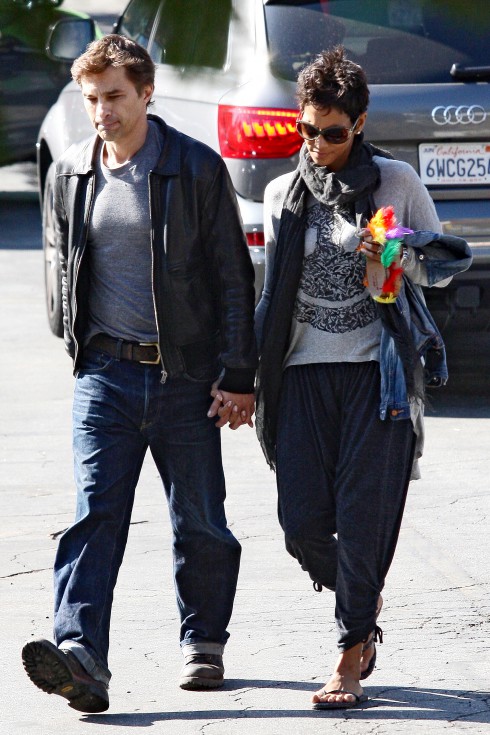 Halle Berry and her soon-to-be baby daddy Olivier Martinez are getting married this weekend, E! News is reporting. The pair, who became engaged in March of 2012 and announced their pregnancy one year later, boarded a flight with Halle’s daughter Nahla on Tuesday to Paris where they will be wed.

In November of last year, Halle spoke about her upcoming nuptials. “I do know it will be very small,” she told In Style. “I haven’t been to many weddings, but I went to one this weekend with 250 guests. I thought, Wow—so this is a wedding, huh? I’ve never had that, nor have I wanted that. I wasn’t even trying to catch the bouquet!”

Halle also revealed that she planned to take her time in the planning process and make sure that everything was absolutely perfect. “It’s another one of those never-say-never things. I’m a hopeless romantic, and I won’t stop till I get it right!”

Halle and Olivier have frequented Paris since they met and reportedly even tried to move there which caused a massive brawl between Olivier and Nahla’s father Gabriel Aubry. According to reports, Olivier claimed during the fight that he would kill Gabriel if he didn’t allow them to move.

This will mark the third marriage for Halle who was married to baseball player David Justice from 1993-1997 and Eric Benét from 2001-2005. Following her second marriage, Halle told press she would “never, never” get married again.

Halle and Olivier will welcome their first child, a boy, in early fall.

Why did Kelly Clarkson cancel her wedding?