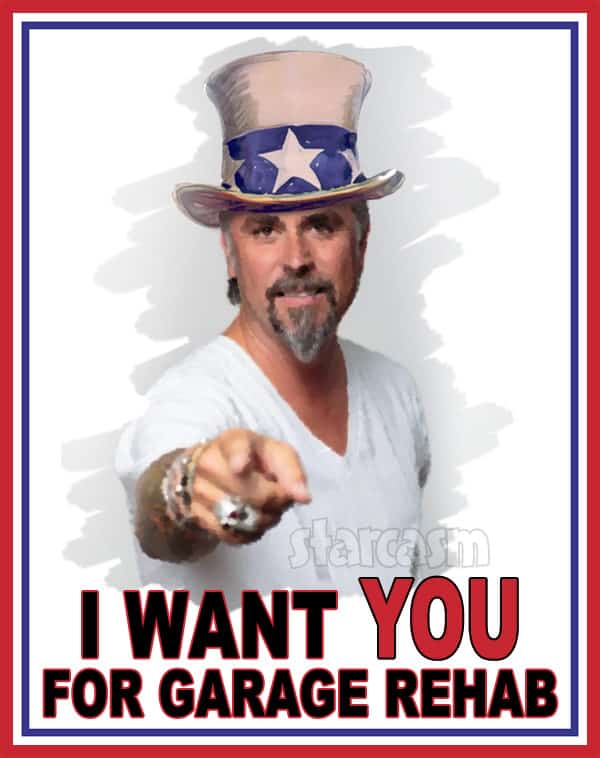 Fast ‘N’ Loud star Richard Rawlings knows pretty much everything there is to know about restoring cars and running a garage, so it makes perfect sense that he would branch out into a mixture of the two by…restoring garages! That’s essentially the concept of Richard’s new spin-off Discovery series titled Garage Rehab in which he travels the country looking for auto shops having a difficult time of it in hopes of pulling them back from the financial brink.

Anyone who watches Fast ‘N’ Loud knows that Richard is as much a people person as he is a car person, and that looks to be a huge focus of the new series as producers have sought out garage owners with stories sure to tug at the heart strings of viewers.

That is certainly the case with Blue Ribbon Automotive, located in Bakersfield, California. Shop owner Mike Myers started the business after a life-changing car accident seven years ago, but the business has been struggling of late. Mike was pessimistic about the future of Blue Ribbon when he ran across an online casting call posted by Richard Rawlings.

“One day at home I was playing on Twitter and came across an ad from Richard Rawlings saying if you have a shop in the southern California area that may be struggling, or needs a new look, hit him up,” Mike reveals to KGET. (Video included below)

“Mike’s a good guy,” Richard says about choosing Blue Ribbon. “He just lost his way and the business got away from him. The equipment was run down and it seemed like a shop that I could help.”

As far as the show as a whole, Richard says “we’re traveling the country trying to find good stories that have a reason to keep them open, and inspire the shops to take care of themselves.”

Blue Ribbon Auto reportedly received over $175,000 worth of updates as part of its Garage Rehab overhaul. But Mike says that wasn’t the most valuable thing he got out of the experience. “Being able to talk to [Richard] about cars, and the way that he runs his businesses, I mean, that’s more valuable than anything that was given here. His building skills are phenomenal. His people skills are great — the guy can talk!”

Richard remains humble. “It’s really cool when someone speaks that highly of you,” he says. “I barely got out of high school. I’m not an overly educated guy. I just get to work and do what needs to be done, and I try to instill that with anybody that I end up working with.”

I’m usually a bit wary of spin-offs of successful reality shows, but this one seems to REALLY play into Richard’s strengths, and I’m excited to see him help tell the stories of small garage owners around the country. It’s sort of a manly version of Tabatha’s Salon Takeover, only with slightly more sympathetic businesses getting the help — and ALL of that sounds great!

Here’s the full video from KGET:

And here’s the casting call post from Richard Rawlings that Mike is referring to, with the full description of the kinds of garages producers are (were?) looking for: 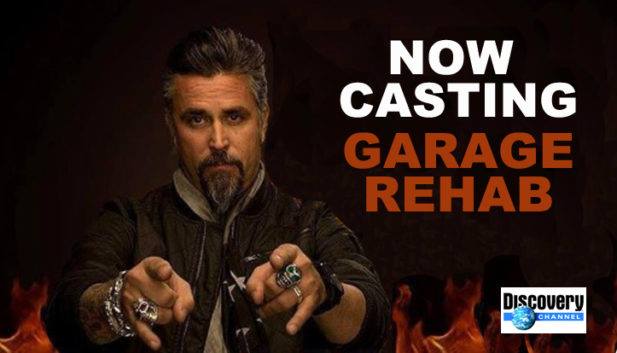 I’m working on a new TV show (currently called Garage Rehab) with Discovery and Pilgrim Studios and we’re casting now! Looking for successful shop owners, craftsmen, and people who own a shop that is troubled or failing. The links are below with more details and how to apply.

For the Right-Hand Man: http://www.pilgrimstudios.com/casting/garagerehabdirector/

For the Troubled Garage: http://www.pilgrimstudios.com/casting/garagerehabshop/

For the Handyman and Auto Equipment Installer: http://www.pilgrimstudios.com/casting/garagerehabteam/

Do you have a commercial auto or motorcycle garage or repair shop that is troubled or failing?

This is your chance to have Richard Rawlings of Discovery’s hit series “Fast N Loud” and his expert team come to your garage, solve your problems and upgrade your space on Discovery’s brand new TV show, GARAGE REHAB!

Maybe your tools, lifts and fans are old and broken or your space is falling apart. Maybe you have no idea how to successfully market your business. Maybe your management is bad or your staff doesn’t get along. If any of these problems sound familiar, we want to hear from you!

It doesn’t matter if you do repairs, restorations, custom builds or upgrades. If you own or work for an auto or motorcycle shop that has major problems, then Richard’s team could invest their time and money to help make it a success!

Email GarageRehabCasting@gmail.com with your name, phone number, city/state, recent photos of yourself and your garage, and a brief explanation of why your business needs help on this new TV show.