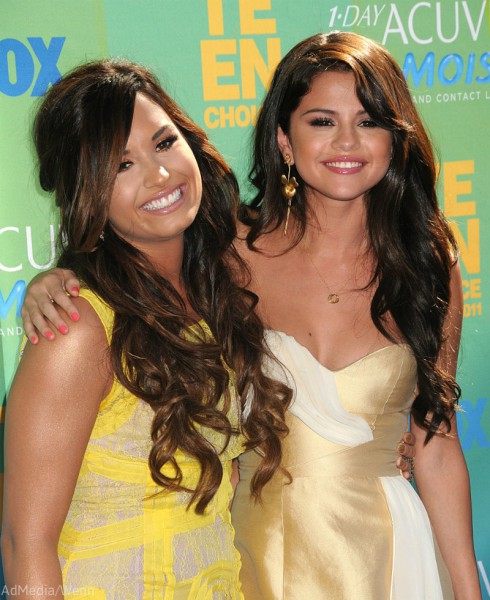 Demi Lovato and Selena Gomez waded through the murky waters of childhood stardom and Disney darling-hood together, but it seems something has since gotten in the way of their friendship — and there’s no big mystery about what that might be.

During Watch What Happens Live on Thursday, Andy Cohen challenged Demi to play “Plead the Fifth.” By the rules of the game, she could refuse to answer just one of the questions Andy posed. He started by asking who she would shag, marry and kill with the options of Justin Bieber, Simon Cowell and the Jonas Brothers. Without hesitation, Demi said she would kill Justin — but followed up with the same answer for Simon and the Jonas Brothers.

Andy then asked what’s the worst thing she’s ever seen a Disney star do, which Demi declined to answer.

For his final question, which Demi “had to answer,” he inquired about the status of her relationship with former BFF Selena and noted Demi recently unfollowed Selena on Twitter. (Selena’s done the same… To just about everyone.)

After trying to evade the question, Demi admitted, “I think it’s just one of those things were people change and people grow apart.”

Based on Demi’s answer to the first question — and years of mounting evidence — it seems very few of Selena’s friends approve of her on-again, off-again relationship with Justin Bieber. They’re currently off-again, but Selena appears to be spending much of her free time with new friend Cara Delevingne.

PHOTO Justin Bieber walkin’ round with his pants on the ground