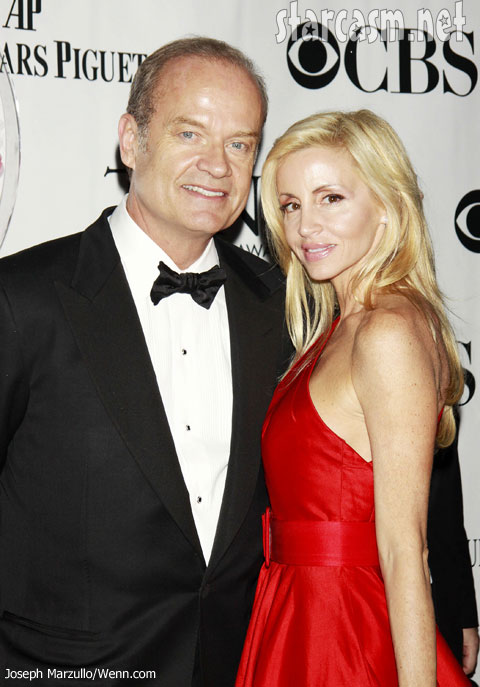 Sexy former MTV dancer Camille Grammer  claims was blindsided by her famous husband Kelsey’s wish to divorce during filming of The Real Housewives of Beverly Hills.

Eerie footage from the first episode of the series documents Camille and Kelsey’s last moments together as he departs for New York to be in the Broadway play La Cage aux Folles.

In a very early video Camille filmed for Bravo, she explains that it was Kelsey’s idea for her to do the show, and even pulled some strings to get Bravo to cast Camille. Now Camille believes this was all a plot by Kelsey to keep her occupied while he cheated with 29-year-old stewardess Kayte Walsh.

Camille reportedly is getting around $30 million from her divorce settlement, but the money still doesn’t salve the sting of Kelsey’s betrayal. She found out he was leaving her through a friend, and found out he had impregnated another woman through the tabloids. Ouch!

In between finding out about the divorce and discovering the pregnancy, Camille accompanied her soon-to-be ex husband to the Tonys while Bravo’s cameras were rolling. The tension was thick. Check out this clip where the interviewer asks the Grammers “how they keep their relationship fun and fresh as married people.” Camille was very graceful with her answer during this dicey time (via theFABlife.com):

CLICK HERE to see pics of Camille from her Club MTV days.