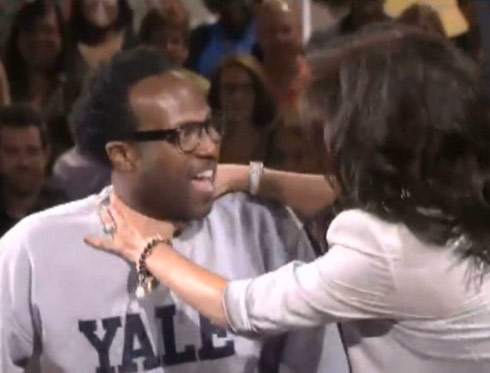 When handsomefied Lawon Exum was put up as a replacement after Jeff won the power of veto and took himself off the block, Rachel commented that she didn’t even think he knew he was in the house until he got nominated. Sadly, I think Rachel was close to the truth as Lawon made the worst move in Big Brother history requesting to be evicted because he thought he would return with “superpowers” due to a twist in the game.

This twist, as viewers now know, was that he had to compete against a previous evicted house guest (selected by America to get back in) which turned out to be “Bookie Brendon,” who defeated Lawon easily. This resulted in a return of Brenchel and Lawon’s quick and wasted expulsion. Because of this special twist that did not involve any superpowers we didn’t get to see Julie ask him what the f he was thinking. Thankfully CBS has posted a full interview and now we get to hear the thoughts of suicidal Lawon.

I love how Julie starts out by choking him and then saying, “Can we just go through the layers of wrong.” Layers indeed. Lawon explained that he got caught up in emotions and then he said he had an epiphany that was too late (yes it was). He said he realized he set himself up for failure but that in the end he won because he exited the same Lawon as the Lawon that entered the house.

Now on to the “special power.” He figured he was going to be HOH or something and then though it was maybe a conspiracy to take away his handsomefied game plan when there was no mystical Exum powers. He then stated that he wouldn’t have remained loyal to Kalia or anyone and that it would have been his money to spend. He was the sunshine he believes and then he watched the guests’ goodbye messages. 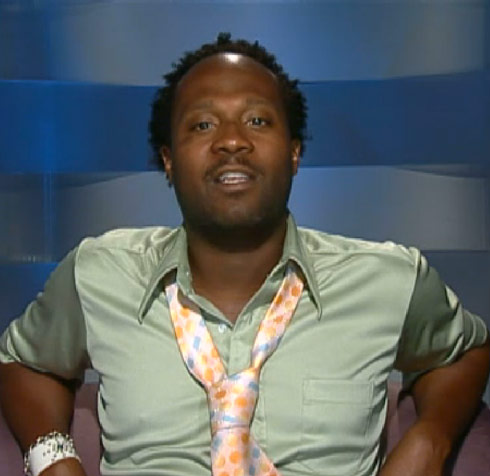 Kalia, like the rest of us, couldn’t believe he volunteered to be eliminated. The others did confirm he was a great guy and that he was entertaining and that they would miss their pajama jammer.

On a post note I think Yale is going to request that their logo be removed from Lawon’s sweatshirt. As for Harvard they should be all over that one.