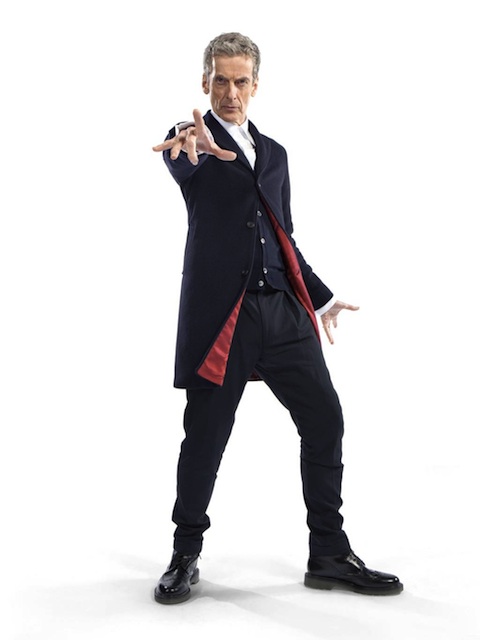 Peter Capaldi is the twelfth actor to portray The Doctor.

Soccer fans in the United Kingdom received an unexpected treat during Sunday night’s broadcast of the World Cup final: the first full-length trailer for the upcoming season of Doctor Who:

The footage is the first to feature the Twelfth Doctor, noted Scottish actor Peter Capaldi.

Capaldi is best known to American audiences as foul-mouthed, lovable political adviser (WARNING: the embedded link is in no way safe for work) Malcom Tucker in BBC comedy The Thick of It. He also starred in the show’s critically-lauded film spinoff, In the Loop.

As for the trailer itself: in addition to looking unusually dark (even by current Doctor Who standards), it promises a bevy of old standards and new mischief. Daleks, exploding TARDIS-es, and dinosaurs all make an appearance.

In other words, Doctor Who fans can expect an even broader exploration of both space and time.

BBC debuted the trailer just a few days after a security breach saw several new scripts leaked onto the internet.

That episode, entitled “Deep Breath,” kicks off the new season in UK and on BBC America on August 23rd.