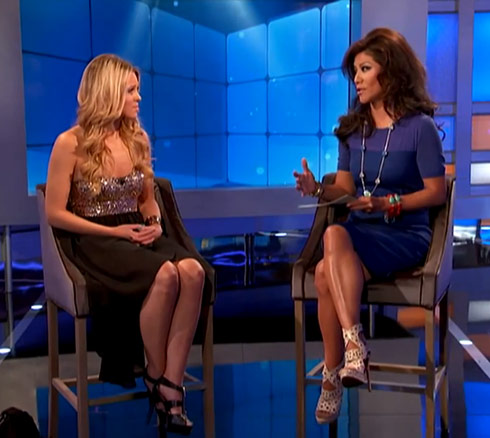 The awkward Big Brother moment that has been a long time coming finally happened last night, as controversial house guest Aaryn Gries was evicted and had to face a stern Q&A from show host Julie Chen about her overtly racist comments made while in the house.

It was some great reality TV as a squirming Gries did her best to defend herself under the bright lights of the world outside the house, or at least the enclosed studio, and an incredulous and fired up live audience. She got the Bronx cheer as she made her way to the chair and Julie said, “We’ve got a lot to talk about…”

Here’s the interchange from the official CBS clip including time stamps for where they can be found for quick reference.

Julie (1:33): In the early days of this game you said some pretty harsh things about your housemates. Amanda (Zuckerman) even tried to warn you, give you heads up, that some of your words others were interpreting as being racist. How do you respond to that?

Aaryn (1:49): Being southern, it’s a stereotype. I have said some things that have been taken completely out of context and wrong and I do not mean to ever come off racist (laughter from audience). That’s not me and I apologize to anyone I’ve offended for that.

Julie (2:09): We want to point out that everyone in the house went in knowing that everything they say, everything they do gets broadcast live on the internet. So, when you say the intention was not to hurt anyone let me just read back a few of the things you said.

This is the screen grab of Aaryn’s stupefied glare as Julie read back some of Aaryn’s inflammatory comments. It really sums things up: 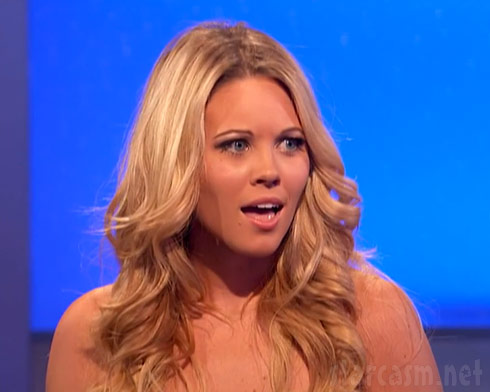 Aaryn (2:42): I do. I do not remember saying those things (ohhhs and ahhhhs from the audience) and those things were not meant to be serious and if I said those things I feel horrible for that and I regret that. I don’t even know what else to even say about that… But I’m not.

Aaryn (3:38): In Texas, we say things that, sometimes we joke and we don’t mean it and I really feel bad that this is how it’s being seen and how I’ve come across to people. I don’t want to seem like that person and I really do respect everyone in this game.

Aaryn is now sequestered in the Big Brother jury house and still doesn’t have a clear picture of what a storm she ignited with her turn on the show. Until the champion is crowned she won’t know that she’s been fired by her modeling agency and that everyone from blogs like ours to national news and talk shows have discussed her statements.

We previously reported that Aaryn’s mother has hired a PR firm for when that time comes. After last night’s eviction it’s still patently clear that she’s going to need all the help she can get.